The Citizen Dames spend a lot of time talking about women and with Mother’s Day this weekend they’re turning their attention towards the women who give us life. We’re looking at our five favorite depictions of motherhood in movies! Leave us your favorite movie moms in the comments and call your mother!

This actually was a hard list for me. Motherhood in movies is a fraught topic because too often moms fall into two categories: they’re overly saint-like and lacking in personality, or they’re crazy and probably wouldn’t feel appropriate being put on a list celebrating good mothers. (That being said, Joan Crawford in Mommie Dearest almost made my list because that movie makes Christina look like an entitled brat!) Here are the five mothers who remind me why I shouldn’t have kids because they’re doing the damn work!

Anne Boleyn (Genevieve Bujold) from Anne of the Thousand Days (1969)

Yes, I’d argue to put Genevieve Bujold’s performance as Anne Boleyn on every top five list if I could. And while she wasn’t a mother very long she bore one of the most legendary queens in history. Anne of the Thousand Days posits a fearless Anne who knew her daughter would reign, and while this is wholly untrue and completely fictional, I love it so much! As she stands there and tells Richard Burton’s Henry VIII that “my Elizabeth shall be Queen, and my blood will have been well spent,” you cheer! She knew her daughter was built for royalty because she bore her strength and determination. It’s utter bullshit, but it’s wonderful. Keep your Khaleesis and give me this mother of royalty. 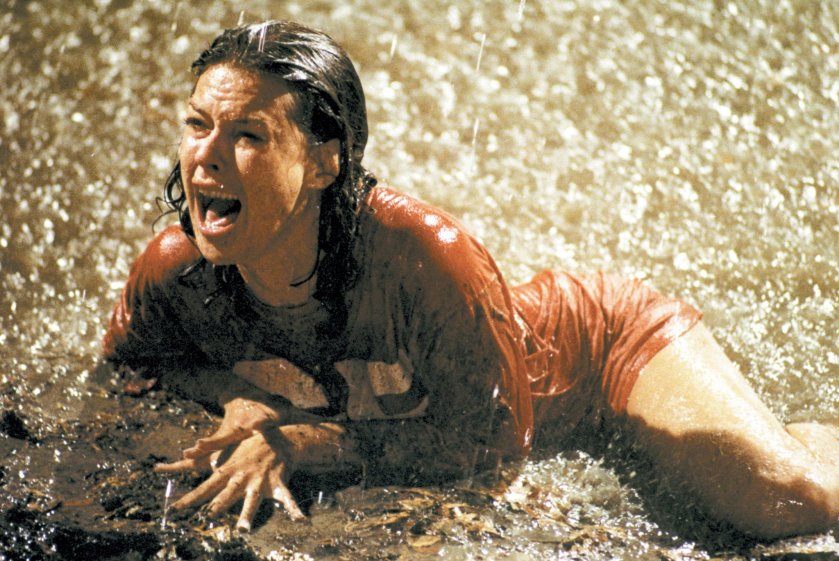 Every time I watch Poltergeist I cry and that’s completely because of JoBeth Williams’s should-have-been Oscar-nominated performance. As the matriarch of the Freeling family she’s introduced as the one making breakfast, burying the family bird, and generally getting shit done. When strange things start happening in the house, she finds it funny. But once her daughter is taken by the entities in their house, she buckles up and goes into another dimension to save her baby. Williams’s emotions are at 12 here and they’re all fantastic. The way she says “she went through my soul” kills me. And the sequel, no matter what you think, continues to give her great material and actually situates her as being descended from a long line of powerful women.

Jane Villanueva is a modern mother to revere. Starting out as a scared girl accidentally artificially inseminated, she’s blossomed into a mother who has endured having her child kidnapped, her husband dying, and all the stuff you expect from a good telenovela. Yet she does all this with a smile on her face and a buoyant personality. There’s nothing fake about her; when she’s unhappy she’s more than willing to tell someone. The way she’s navigated sex and pregnancy is fresh and relatable. Where motherhood still feels like a zero-sum game in cinema, Jane the Virgin and Gina Rodriguez’s performance are revolutionary.

We’ve talked about how Mimi Leder’s film does motherhood well, so I’ll direct you to our episodes on that subject. Suffice it to say this movie is the only positive depiction of motherhood I endorse.

I know Terminator 2 has its problems, mainly in how it turns Sarah Connor from an average woman placed in extraordinary circumstances into a hardened military commando. For me, though, I absolutely adore it! I understand, after all the insanity she’s seen, that she would be like “Nope, not happening again!” Maybe because my own mother had to be tough and persevere over the cards she was dealt, but Sarah Connor’s no-nonsense attitude helped shape me. She’s on par with the men in terms of getting things accomplished, and she does it out of a love for her child.

It isn’t fair that The Cosby Show is forever tainted, because it was one of the best family comedies in TV history. And one of the biggest reasons? Mama Claire Huxtable, a successful attorney, fierce protector of her children, and master of The Look. One withering glance and any kid would spill their darkest secrets. Claire was the glue that held that family together. The true heart and soul of the show. Who wouldn’t want a mom like Claire Huxtable?

Justice for Wendy Torrance! Her alcoholic husband whisks her and their little boy off to a remote, isolated place in the mountains without really giving her a say in the matter. Does she complain? No. She makes the best of it. When he spends more and more time alone, ignoring the pair of them, she doesn’t nag. She just shrugs and again makes the best of it. And when her alcoholic husband who dragged her to the middle of nowhere goes crazy and tries to murder her and their little boy while demons are simultaneously closing in on them, she handles it. And if that’s not enough, she is dismissed by audiences for screaming too much or being “weak.” No, that will not stand. Wendy Torrance deserves respect.

Mrs. Weasley isn’t just mother to a brood of seven, she is the surrogate mom to every good wizard and witch fighting against the Dark Lord. She makes sure everyone is cared for, particularly Harry and Hermione, who she treats as if they were her own. Mrs. Weasley also loves fiercely and never gives up on any of her kids, even when they’re being giant prats. But there is more to Molly Weasley than cooking and mending and cleaning. She is also a warrior who doesn’t hesitate to join the fight.

The Sixth Sense is about young Cole Sear and his therapist, Malcolm. As such, we don’t get many glimpses into mom Lynn’s life. She works, but it’s not really clear what she does. We don’t know if she socializes and we don’t know the story with Cole’s dad, or much of anything else specific about her. But what we do see is a committed mom who desperately wants to connect with her troubled son. The character lives and breathes because Toni Collette is so captivating, and when we see a moment at the end that is all about her, it feels beautiful and heartbreaking and satisfying all at once.

Maria Portokalos just wants what every Greek mother wants: to take care of her children and see them go off and start their lives with good Greek spouses. But she’s funny and sweet, and supportive, having learned how to navigate her culture’s patriarchal traditions. Even when her daughter, Toula, breaks with tradition and breaks her parents’ hearts, Maria is the first to accept Toula’s choices and understand that what matters most is that her children are happy. And how could they not be when they have this awesome mother?

I’ve expressed my adoration of Linda before. If I ever become a mother, I would hope to be one like her: a dorky, wine-drinking, somewhat foul-mouthed, always loving mommy who loves her kids and her husband and is also entirely her own person. Linda is my hero.

I’m with Kim on this one. Moira might seem flaky and self-centered (which she is), but she also loves her children in a weird but deep kind of way. When push comes to shove, she looks after them, and encourages them, and acknowledges her own past failures to become a better mom. She’s an icon and we don’t appreciate Catherine O’Hara enough.

My relationship with my mother is nothing like Lady Bird’s with hers, but this film still gets at the heart of something between mothers and daughters. It’s wonderful to see a film that represents mothers as multifaceted human beings, with flaws and foibles all their own, who are nevertheless not treated as “bad mothers” because they fuck up sometimes.

Her son might be the Antichrist, but she loves him anyway. I find the final scene of Rosemary’s Baby incredibly triumphant, as Rosemary hits back at everyone who victimized her (including spitting in her husband’s face) to become the most important person in the world.

At a certain point in my childhood, my father took to referring to my mother as “Psycho Terminator Mom,” after Linda Hamilton’s transformation into badass momma in Terminator 2 (my mom had the sunglasses, the leather jacket, and the muscles, BTW). So I have strong feelings about Sarah Connor and her intense protectiveness of her child.

I had a surprisingly hard time with this list. So many choices, so little time! Plus, I didn’t want to fall back on all my usual choices this time. It’s time to mix things up…

I know the Dames had a lengthy Little Women discussion a few episodes ago, and I’ve discussed my feelings on the story many times. I’m proudly Little Women…all the versions. That being said, Marmee had to top the list. She’s maternal, she’s wise and above all, she’s supportive, even when Jo is struggling.

I’m currently smack dab in the middle of a first time binge of Schitt’s Creek. Yes! It’s TV… but, sorry, not sorry. Moira Rose might be a bit (okay, a big) unconventional. There’s the drinking. There’s the dysfunction. However, she’s always there for her kids…even if she’s a little ways away.

I’ve written before on my feelings for Morticia Adams, the matriarch of the ever-delightful Addams Family. In fact, she’s one of the most traditional matriarchs on this list. She’s the most supportive mother, ever able to encourage her children to be themselves. 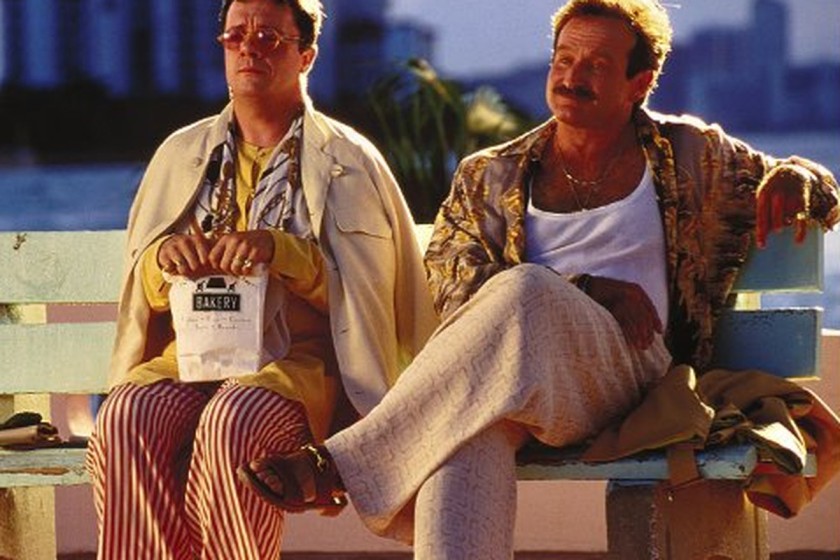 Before you say anything, Albert calls himself Val’s (Dan Futterman) mother in the underrated comedy. He’s probably the most unconventional entry on our list, but also the most traditional at the same time. When he’s not dressing up as “Starina” in husband Armand’s (Robin Williams) drag club, he’s doing the laundry, picking up groceries, and making sure his son knows he’s loved. 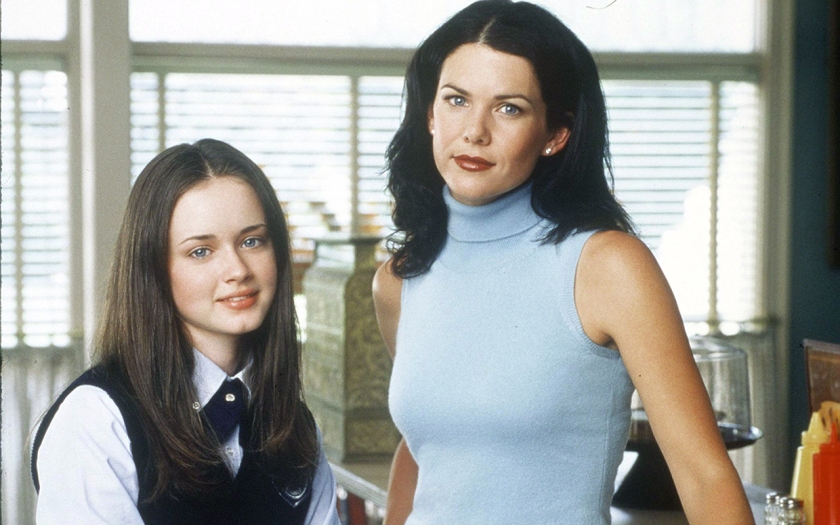 Alright, another TV mom. I’m soooooo not sorry. I missed Gilmore Girls the first time through, but leapt hard on the bandwagon when the show came back around. I was Rory Gilmore in high school – the middle-class version. And looking back at it, Lorelai is such an awesome mom. She’s always there for her daughter, and brings probably the most likable and relatable ideal of a mother daughter relationship on my list. Plus, there’s all the pop culture references…how much cooler can she get?