Foundational crush alert. So kids, a long time ago (in the 1980s!) there was a show called Dallas. Shonda Rhymes might dominate the prime time soap opera scene now, but back then it was all about the Ewing family.

Now, I was 5 years old when Dallas ended its 14 year run in 1991, but the show served as my introduction to all things thirst. How did that happen you ask? Patrick Duffy, the adorably earnest, fluffy haired, baby Ewing. Why was everyone so fluffy in the 70s and 80s? Was the conditioner better? The Aquanet, perhaps? But… I digress… 3 year old me reportedly kissed the TV screen when his credit came on the screen each and every episode.

Ewing was a relative newcomer to screens when Dallas debuted in 1978. The young actor featured in a handful of TV appearances, as well as a starring role in the ultra short-lived series The Man from Atlantis. Though, it seems fourteen years on the Ewing Ranch was more than enough to keep Duffy gainfully employed in the twenty-seven years following the show’s cancellation.

When it comes to Dallas, I guess I have to say, kids ask your grandparents. The primetime melodrama follows the exploits of the Ewing family as they run their oil and ranching business in in Texas. There’s backstabbing, intrigue and even attempted murder… (Who shot J.R.?… Like I said, just ask your grandparents). There was very little those crazy Ewings wouldn’t do to to make an extra buck… except Bobby that is. Bobby was an angel. 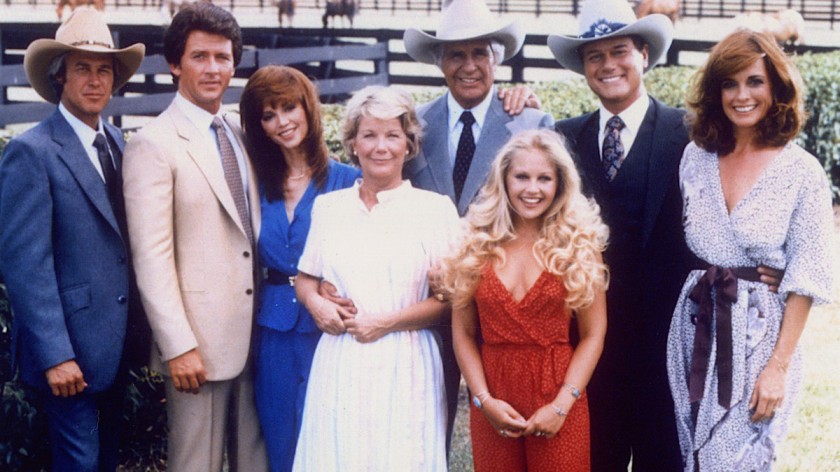 I mean, there was that one time he died only to come back to life a season later… it was only a dream!! Kids… ask your grandparents. Bobby Ewing was that rich boy in tennis whites you wanted to bring home to mom. He was very me… then I turned ten and found myself strangely attracted to J.R. Ewing, but that’s another twisted story.

The show’s narrative starts when Bobby returns home unannounced. There’s an unseen complication… his new bride is Pamela Barnes (Victoria Principal) the daughter of “Digger Barnes”, one of the Ewing’s biggest enemies (Duh, duh, duhhhhhhh).  Will the family be able to live with the drama… there’s a lot more than just the wrong marriage, I tell you.

However, Bobby is always there with his fluffy hair and his adorable smile. In fact, Duffy reprised his role in the 2012 Dallas reboot, which featured the surviving original cast members reuniting around dueling, pouty, pretty boys Jesse Metcalf and Josh Henderson as the heirs apparent to the Ewing fortune. The show was relatively short-lived, finding itself largely derailed by the 2012 death of Larry Hagman,  but it gave three full seasons of updated soapy fun before its cancellation in 2014.

Kids of the 1990s might recognize Duffy from his lengthy run as hot sitcom dad Frank Lambert in the T.G.I.F., (remember that?!) ABC hit, Step By Step. The sitcom ran from 1991 until 1998 and followed the exploits of a hilariously blended family… I mean, don’t they all? The series ran during the peak of 1990s sitcom heaven, following well-remembered titans like Family Matters and Boy Meets World (Kid’s ask your parents).

As construction worker Frank, Duffy continued his climb into full and complete D.I.L.F. status. Like one of our earlier hotties… errr… entries, Bill Pullman, the role showed Patrick Duffy aging like a fine wine… better with age. There’s lots of flannels, plenty of toolbelts, and Patrick Duffy entering silver-fox territory. Plus, we al know that I’m a sucker for a good, supportive dad.

Patrick Duffy continues to work steadily on television, with the occasional Hallmark Christmas movie thrown in for good measure. For those of us growing up in the 1980s and 1990s, he’s solid, crush-worthy material and here’s hoping there’s more to come from this always talented actor.