The Dames all love Christmas! But not every movie is shiny and bright. Some Christmas movies downright suck and we’re here to get our “bah humbug” on, listing the five movies we think are very overrated at Christmas time. Feel free to leave yours in the comments!

I thought this would be a controversial choice but considering that two other Dames have it listed that makes a consensus. I blame my antipathy on the movie on the fact I saw this WAY late in life, after having every facet of it ruined for me in other things. Most prominently, Rugrats did an episode about this that led me to believe the ENTIRE movie was about George Bailey wishing he wasn’t born. So imagine my surprise when I spent over 90 minutes watching a guy get traipsed on by everyone in this town before he finally decides to off himself. It’s only the final 20 minutes or so that are actually ABOUT him seeing what the world would look like without it. I felt betrayed, I won’t lie. It’s colored my perspective on the movie ever since. 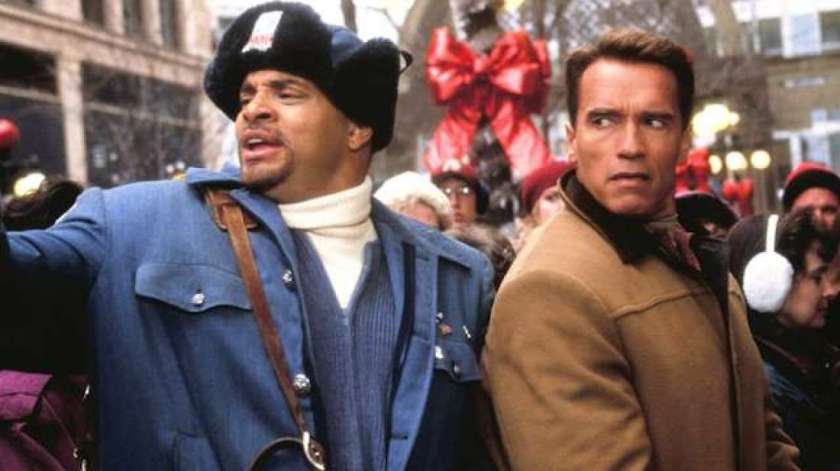 I hate Jingle All the Way, and every year at Christmas I rewatch it and make fun of just how horrible it is. I think Arnold and I have a masochistic relationship. Outside of the fact that this movie is REALLY racist – seriously, Sinbad is the black postal worker who’s the villain! – it also leaves poor Rita Wilson with either an Austrian asshole who treats her like crap or the future date rapist next door played by Phil Hartman of all people! Yes, ladies, it’s way better to have a douchebag who spends all his time working because the guy who bakes cookies, spends time with his kid, and is generally a do-gooder is a sexual harasser!

To go off what Karen wrote, I watched this for the first time 3 years ago because someone told me it was the best Christmas movie ever! I’m a HUGE fan of Chris van Allsburg’s book…and whoever thought THIS was the adaptation we deserved needs a kick in the balls (looking at you, Zemeckis!). Outside of the fact that Tom Hanks’ face is applied to every character, and is creepy in every incarnation, the film becomes a bloated mess of action pieces and bullshit songs. They spend three minutes singing about cocoa, everyone! COCOA! There’s a reason the book is only twenty pages people.

How the Grinch Stole Christmas (2000)

Remember how I blamed Zemeckis for Polar Express? I literally blame EVERY. SINGLE. PERSON. who put this together, from Ron Howard for directing it to Jim Carrey for starring in it. I actually think this movie is a test for parents because anyone who shows this to children for anything other than nightmare fuel shouldn’t have children. The Grinch is something barfed up straight from hell. 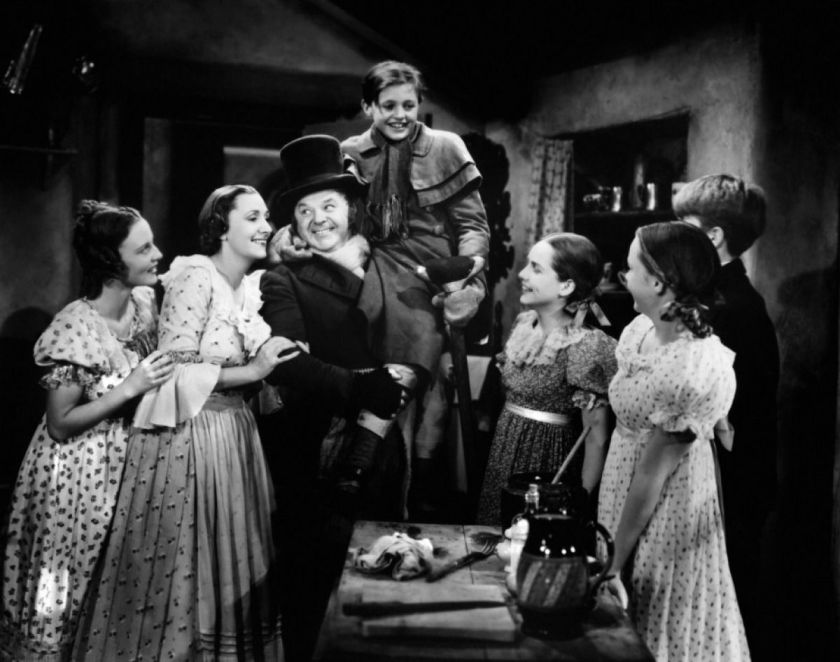 A Christmas Carol (pick a version)

You know how every time a bell rings an angel gets its wings? Well anytime someone says “God bless us, everyone” I spontaneously punch someone in the lower extremities. Yeah, Tiny Tim is the bane of every disabled person’s existence, so celebrating him every year really pisses me off.

This list is actually pretty tough for me because I love Christmas movies and it’s hard for me to hate one. It’s a Wonderful Life is one of my all-time favorites, and I still watch A Christmas Story every year. Elf was an instant classic and, yes, Die Hard IS a Christmas movie. But there are a few that I really don’t love, so I guess let’s go there.

It started off as the funny and clever novel, Skipping Christmas, by John Grisham. It turned into a slapstick, dumbed down version with Tim Allen in the lead role. The film has its moments, but it sacrifices so much of the novel’s actual point just to try to be a funny movie. The end result is something that elicits a few chuckles, but lacks any depth or commentary on the real issue at the core: the consumerism that chokes out the spirit of the holiday.

There is one really great moment in this movie. It comes right at the end. When the credits start to roll and you realize you have survived without gouging out your eyes or cutting off your ears.

Yes, we have all heard the stories of parents desperately, frantically searching for that Toy That Every Kid Needs to Have for Christmas Or Life Is Over. But this turns that frustrating endeavor into something so dumb and annoying that it becomes one of the most irritating films ever set during the holidays.

I would rather jab hot pokers into my eyes repeatedly than ever sit through this again. I can handle crude humor, but I have a line and this movie doesn’t ever cross that line because it started off so far past it in the first place.

If you say you love this movie, you are lying.

It’s a Wonderful Life is a heart-warming tale about how you should give up all your hopes and dreams and stay behind in your tiny town where people take you for granted and couldn’t be bothered to care about you until you actually try to kill yourself, at which point they admit they kind of like you, given that you spent your entire life supporting them with absolutely no thanks whatsoever. 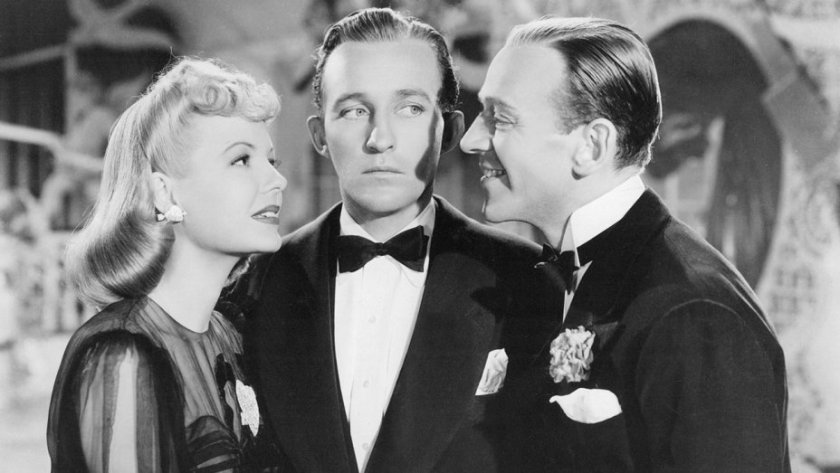 Oh, this one hurts. Yes, I love Bing Crosby and I love Fred Astaire, but despite some good numbers, Holiday Inn is White Christmas’s more racist cousin. The vast majority of the film doesn’t even take place around Christmas, but around holidays, cycling through Valentine’s Day and Fourth of July and President’s Day, to one of the most fantastically racist musical numbers you will ever sit through. There are some great dances – Astaire’s Fourth of July number is fantastic – and some good songs, but it’s really kind of a downer of a film.

Maybe this is just because I wasn’t raised with this film, but I cannot figure out why A Christmas Story is so beloved. It’s weird and mean-spirited and not very funny. 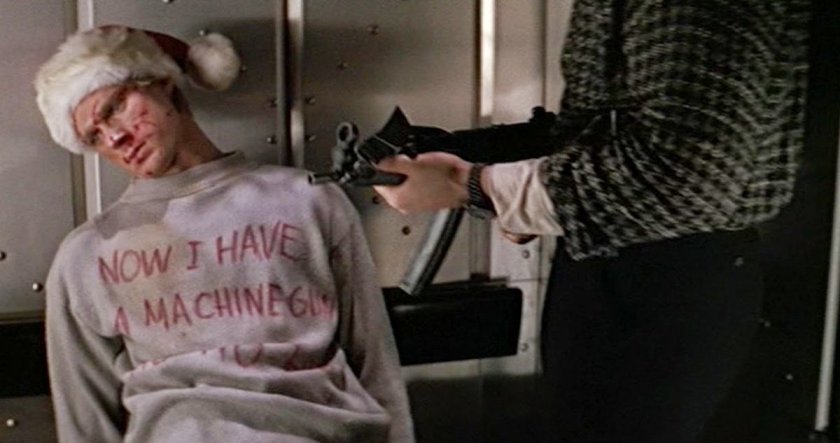 Wait, wait, wait, before you burn me in effigy, let me explain. The only reason I’m including Die Hard on this list is because it’s not a Christmas movie. It’s a Bruce Willis movie. There.

National Lampoon’s films in general give me a bit of a pain, since I did enjoy them once-upon-a-time. Then I saw them again and realized just how regressive and, at times, downright nasty they are. Christmas Vacation is no exception, and this one winds up on my list largely for the fantasy sequence in which Clark salivates over a young woman stripping by a pool. This…isn’t funny? Actually, come to think of it, none of the film is particularly funny, or very Christmassy.

This list was surprisingly challenging to write, and unfortunately, I I have some popular choices in here. Don’t hate me…

I’m with Lauren (and Phoebe from Friends) in saying that this should be called “It’s a Crappy Life”. It’s depressing and bleak. I’ve tried watching this movie repeatedly in hopes of learning to love it, and it still hasn’t taken. 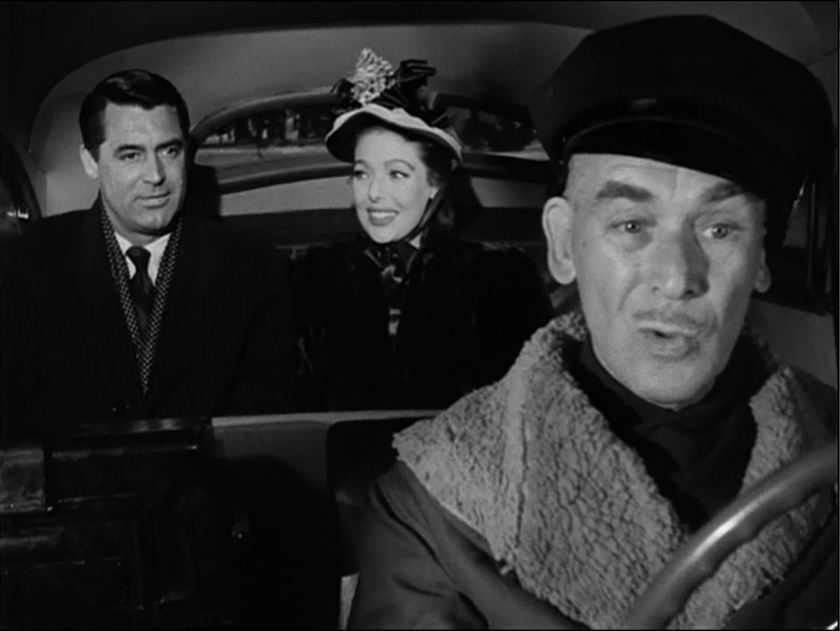 This one hurts to say. Cary Grant+David Niven+Loretta Young should equal delightful classic movie goodness. However, I have never gotten into this one. Once again, it’s not for lack of trying, as it’s one of the perennial favorites in the Pierce household. David Niven is harsh and unlikable, and Loretta should end up with Dudley. However, that whole being an angel thing is a bit of a complication. I just… don’t get the appeal.

How the Grinch Stole Christmas (2000)

As a kid of the 1990’s, I was all about Ace Ventura. Hell, I even didn’t mind the second one. I was ten… don’t judge. Anyway, for me, his appeal didn’t extend to his hackneyed rehash of “The Grinch”. Sure, the material seemingly lends itself to (one of!) the best physical performers to cross the screen, but in truth, Boris Karloff creates that role. Stop trying!!

It’s Will Ferrell. Enough said. For some reason, he really appealed to me during his SNL days, but everything he’s tried since leaving has one hundred percent missed the mark for me. Yes, I’ve heard every lecture about how much I’m missing and I long ago ceased wanted to see what I’m missing. 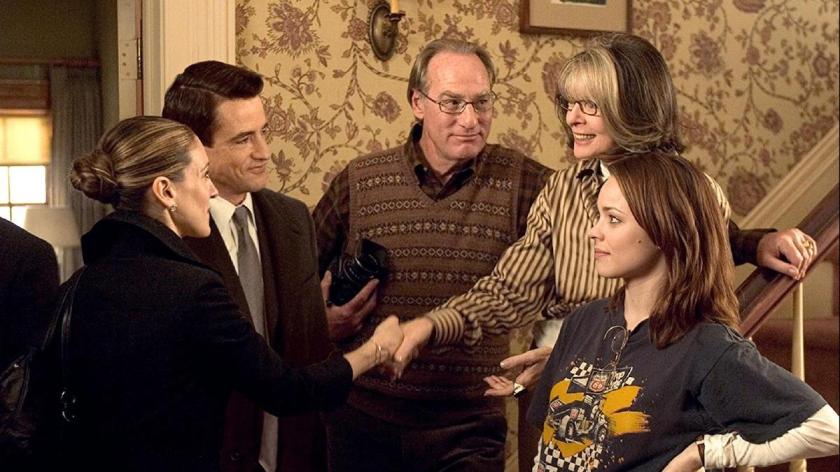 Zany! Dysfunctional! Yes, family situations during the holidays are tense and we’re all different people. If you’re going to try a tired old trope, just do it better. In reality, I saw this movie during the wrong time in my life and it dredged up some stuff. Short of going into details, I’m going to say, “Bah, humbug”.