I’ve made no secret on the podcast that I’m a fan of boys with accents: English, Irish, Dutch… my love knows no bounds. Now, I’m about to blow your minds with an unconventional addition. Canadian. Yes, faithful readers, you read that right. Now, sit back, relax, and let me regale you with this week’s Thirst Trap installment on Canadian actor, stand-up comedian and television presenter Jonny Harris.

I came to Jonny Harris’ work by way of Murdoch Mysteries. Never heard of it, faithful readers? Well, you are most certainly missing out! The CBC behemoth is currently airing its 12th season and is inching ever closer to the magical 200 episode mark. Not at all bad for a little period police procedural.

The series follows Detective William Murdoch (Yannick Bisson) and his faithful team of cohorts as they solve crimes in turn of the twentieth century Toronto. Harris co-stars as the always adorable Constable George Crabtree. This isn’t even going into the fierceness of the female characters (lead by Helene Joy as Dr. Julia Ogden). These ladies absolutely slay, and we need more women like this on television screens. 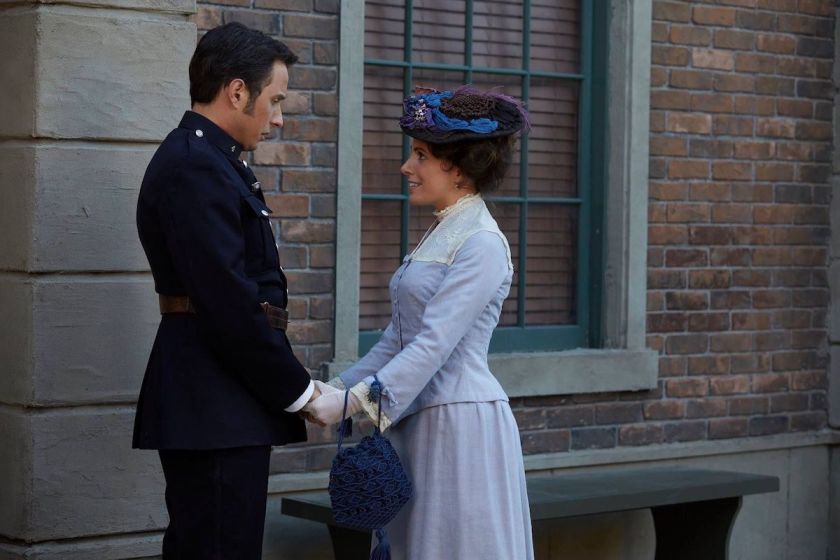 Harris grew and developed so much as an actor throughout the run of the show, elevating Constable Crabtree from little more than a second banana, to a secondary lead on the show. The stand-up comedian from Newfoundland hasn’t shied away from the often dark, dramatic and even romantic arcs he’s been handed throughout the run of the show. Each and every time, he comes out and (adorably!) shines.

The Murdoch Mysteries clips on line are actually surprisingly rare, so check out the below clip fo Harris and Georgina Reilly as Dr. Emily Grace during the peak of the couple’s will-they-won’t-they story line. Why can’t you two kids just make it work!!?!

Harris’ strength is in his likability and his earnestness. Watching his scenes, there’s so much unspoken work he’s doing with his eyes and his body language. Watching his scenes, its easy to get emerged in what George is going through as a character, what he’s thinking and what he’s feeling. While there’s a definite sense of repression in his character (largely thanks to the period), you can see everything his feeling in his face. Thinking about it, it is this vulnerability in the character which makes me absolutely adore him even more.

So… while we’re keeping track:

Continuing on, during his rare off time from Murdoch Mysteries, Harris serves as the host and writer on Still Standing. The series follows Harris as he travels to various Canadian small towns. While there he talks about the town’s history, the local industry, very often the very real struggles of the region, meets the people and learns the local trade. Finally, everything culminates in Harris returning to his comedic roots and giving a stand-up performance for the members of the town.

There’s such potential for a series like this to go off the rails, for it to feel fake, forced, or even pretentious. Granted, it’s incredibly difficult to get the Canadian Broadcasting Company in suburban Colorado, but the episodes I have watched seem to avoid these pratfalls. One of Harris’ strengths is his relatability. There’s an earnest likability to his persona, and it serves him incredibly well in presenting what must often be a challenging and emotional program.

A program like Still Standing plays a vital role in telling stories. In a country as expansive as Canada (hell, the United States for that matter) there’s such a massive isolation between one region to another. Our current political climate shows the complete disconnect between the coasts, the midwest and the mountain west. How many of us truly understand why certain areas think the way they think, or feel the way they feel? In spotlighting areas like this weekly, and taking the time to thoughtfully tell the stories of these areas, Harris and his crew are shining a light on areas which would slip between the cracks. However, with a humorous, yet sensitive depiction of these areas, its possible to learn about a part of the country many might not even see. The United States needs a series like this.

Harris gives a fascinating performance in the 2009 Canadian indie Grown Up Movie Star opposite Orphan Black star Tatiana Maslany. Does the subject matter get a little problematic? Yeeeeeeeahhhh. Is it a bit uncomfortable in places… oh yeah. However, Maslany is an absolute star even in this early role, and Harris brings his trademark grounded relatabillity in this early role. The two are an absolutely captivating pairing even then, and you can’t look away. 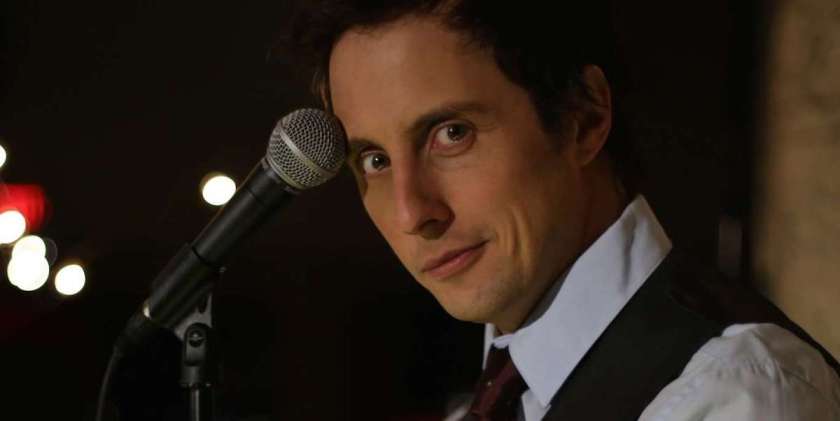 Harris continues to keep busy. Murdoch Mysteries appears to be going strong and will likely get another season (though nothing is confirmed), and Still Standing is currently airing its fourth season. Does he have much more time beyond that? Not at the moment. However, Jonny Harris is an utter adorable joy to watch, and I would absolutely kill to get him working a bit more on this side of the border. Check out his work if you haven’t.