With the release of A Simple Favor the Dames decided to look at their top 5 favorite mysteries and thrillers that star women in prominent and/or leading roles. Feel free to share your favorites in the comments below!

This was a really hard list for me to make because both the mystery and the thriller genres are so ill-defined. Just scanning my Letterboxd account for inspiration left me wondering how they could include something like Down with Love as a thriller, proof of just how amorphous it is. So I’m sure some of you will say I picked horror titles or something else that doesn’t conform to your definition of a mystery or thriller, but these are what I conjured up.

It was hard settling on one Gene Tierney movie because both this and Laura (1944) are dark, twisted movies starring an amazingly beautiful woman. But in the end I went with Leave Her to Heaven because evil Gene is the best. The movie follows a woman who “loves too much,” so when she marries a man (played with absolutely zero panache by Cornel Wilde), she’s determined to keep him at all cost. And sometimes that means murdering a crippled kid and causing her own miscarriage. She’s a taste extreme, amiright? The movie does a great job of looking at the state of femininity as the war comes to a close, and while I know I should blame Ellen for a lot of what happens, her husband is as dumb as a box of hammers. 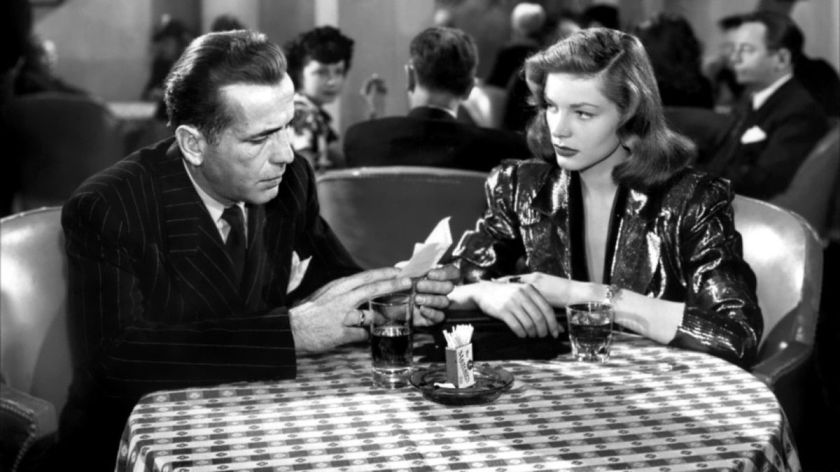 This adaptation of the Raymond Chandler novel of the same name is so convoluted Chandler himself couldn’t answer a gaping plot hole in the movie. Humphrey Bogart plays Phillip Marlowe, a detective employed by the wealthy Sternwood family to do something involving blackmail, pornography (not specified in the movie, of course), and who knows what else. Really, though, it’s all about Lauren Bacall and, to a lesser extent, Martha Vickers as the Sternwood sisters. They keep everything on an even keel with their nefarious deeds and you get wrapped up in how often they try to pull the wool over poor Marlowe’s eyes.

This one might skirt the line depending on how you define horror, but I definitely see this Val Lewton classic as a mystery. The story of Serbian immigrant Irina (played by the lovely Simone Simon), Irina questions at every turn whether she’s turning into a cat person, the result of a curse left on her family who were presumably devil worshippers. There’s so much to unpack in this movie, from how it looks at Americanism to lesbianism to sexuality in general. All the while the audience, and Irina herself, are questioning whether the events happening are mere coincidence, the result of an escaped panther, or our heroine really turning into a supernatural entity. It’s brilliant!

I’ve talked about this Alfred Hitchcock feature a few times. Really it’s the story of a poor woman, played by Ingrid Bergman, who’s continuously gaslit and slut-shamed in equal measure. But you do come to root for Ingrid Bergman’s Alicia, even as she’s slowly being poisoned, both literally and figuratively, by the men in her life. It’s a grim tale involving Nazis in America, government interference, and the redemption of a woman who the men don’t believe can be redeemed. 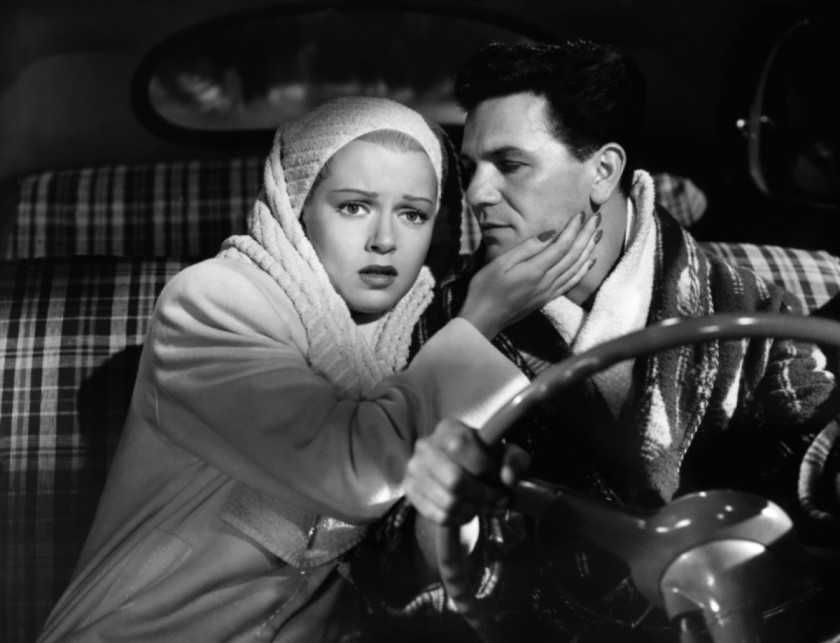 Apparently 1946 was the best year to be a mystery or thriller. This was a recent discovery for me and having watched it a few times I sympathize more and more with the doomed Cora, played by Lana Turner. Like Notorious‘ Alicia, Cora is undermined by men and their dicks. Seriously, John Garfield comes into town and almost immediately loses his goddman mind over her. I mean, it’s Lana, but seriously. Cora, for her part, wants to make something of the roadside shack she lives in with her older husband, played by Cecil Kellaway, but John Garfield turns her head….can’t blame her. As the two plot to kill Cora’s husband the film becomes a grim tale of fate that leads to one of the bleakest noir endings I’ve seen.

Sometimes it’s kind of hard to know where the line is between thriller and horror. And then there are also films that are both. That’s my story and I’m sticking to it.

One of my favorite thrillers and favorite films of all time is this black and white French film from the 50s in which a mistreated wife and her husband’s mistress conspire to murder the man they share. And things are going great until his body disappears. It’s such a fun, suspenseful thriller and the girl power throughout is just great. I love stories of timid, scared women summoning all of their strength to do something terrifying. Whether it works out in the end or not.

The other day I told a friend, “He’s Single White Female-ing you!” Because it was true. This movie is sometimes kind of cheesy and definitely a little over the top. But damn if it isn’t super relatable. I think most of us have a story about someone who is just a *little* too interested in us for reasons that seem a little odd. Plus, I have never seen Jennifer Jason Leigh quite the same after seeing her as a psycho in this movie. That’s a thriller that lasts.

I don’t know what was up with me and cheesy thrillers in 1992, but I could NOT get enough of this one. Rebecca De Mornay is a woman who has lost everything because of her scumbag husband being a scumbag, and yet she takes it out on the woman who called him out for being a scumbag. Her method of revenge? Get close to the woman, become the family nanny, win over their daughter Emma, and seduce the husband. Easy peasy. This is as cheesy as nineties thrillers can get, but I will never forget the image of De Mornay’s Peyton terrifying a little boy on a playground for bullying Emma. It’s gold. And I bet that kid won’t grow up to land on our Garbage People list, thanks to Peyton. 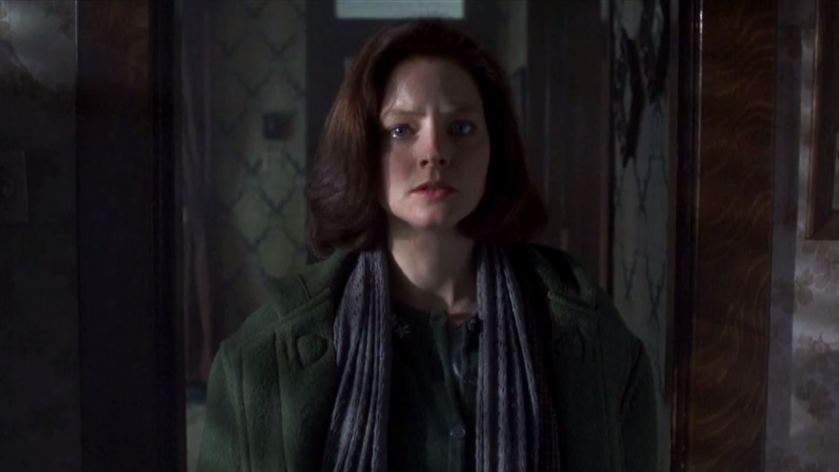 This is the one that kind of toes the line between horror and thriller, and pretty much entirely depending on who you ask. But Jodie Foster is great and we all love her. Sure, Anthony Hopkins and his 18 minutes or whatever of screen time get a lot of the attention, but this is Foster’s movie and I still get nervous every time I see her knock on Buffalo Bill’s door. Even when I know exactly what comes next. 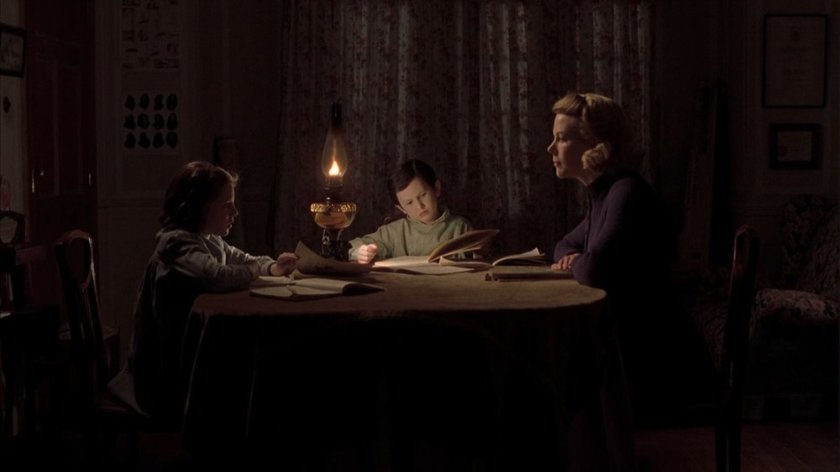 Another film that falls somewhere in between horror and thriller is this period film where Nicole Kidman reminds everyone how awesome she is. Isolate in a big mansion while her husband is off fighting in the war, Kidman is Grace, a mother with two kids that are photosensitive and can’t be exposed to light any brighter than candlelight. So it’s a dark, lonely existence. At least until the kids start insisting someone is in the house and three strangers arrive because they simply “want to help.” It’s so great and if you haven’t seen it, you should just for the sheer look of bewilderment on Kidman’s face when she starts to think maybe something isn’t right after all. 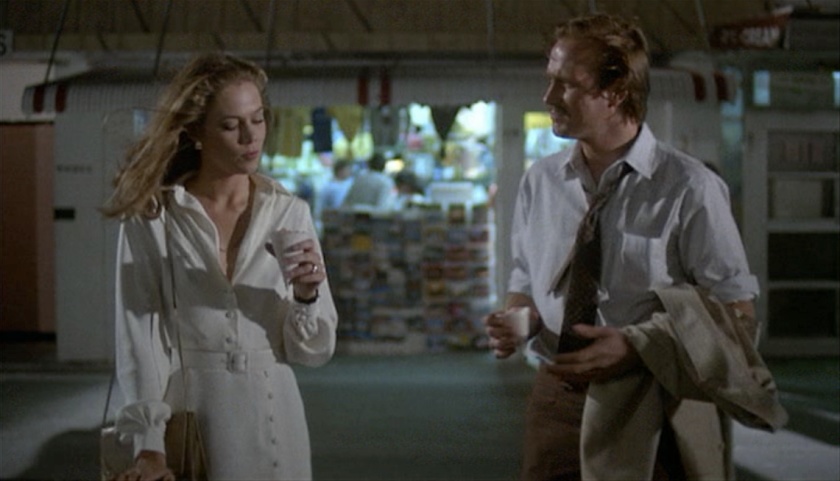 This semi-remake of Double Indemnity has everything: Kathleen Turner, baby Mickey Rourke, William Hurt, torrid sex in the scorching heat, and a deeply satisfying ending. Turner is venal, nasty, just this side of cruel, and smarter than all the men of the film combined. There’s something so awesome about seeing a woman not only not punished for her venality, but ultimately rewarded for it. 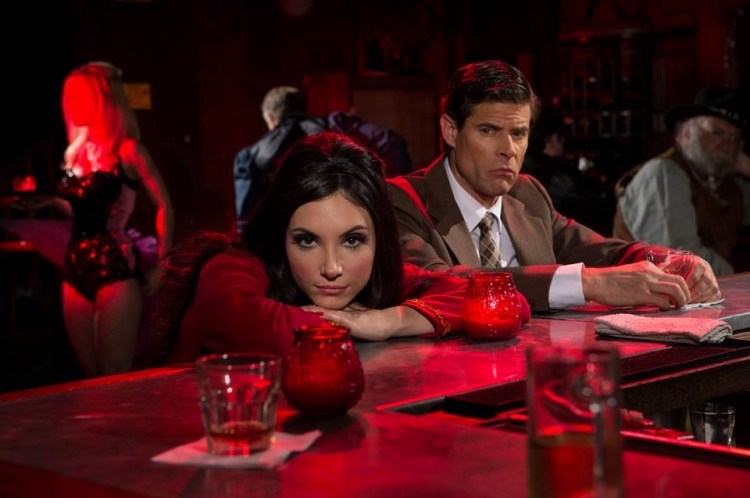 I’m gonna call this a thriller, though really it exists somewhere between thriller and horror. Anna Biller’s brilliant aesthetic homage to 1960s Hammer, Vertigo, and Bell, Book, and Candle is about a woman who, following a rather nasty rejection from a previous lover, becomes a witch in order to fulfill every man’s fantasy. But she does it too well, and the men are so overloaded with adoration for her they simply keel over dead. It’s a sharp, occasionally nasty story about the lengths to which women go to please men, and how that can be so easily, beautifully turned against them.

This excellent adaptation of Shirley Jackson’s terrifying novel is my favorite haunted house film. It also features Julie Harris and Claire Bloom as two “subjects” for a psychological study taking place in the famously creepy Hill House. Eleanor’s growing obsession with the home, and the ghosts who inhabit it, is frightening and weirdly triumphant, as she moves from being a shy and easily bullied young woman into a person wholly possessed of herself.

The film that supposedly pushed Hitchcock to make Psycho to get back his “Master of Suspense” title, Les Diaboliques is driven by and focused on two women, a wife and a mistress, who conspire to murder a nasty schoolmaster. While the second half switches focus somewhat to the inspector investigating the schoolmaster’s death, Les Diaboliques is a wonderful tale about ladies getting rid of abusive men, and even a little hint of vengeance from beyond the grave.

An intense chamber thriller starring Ida Lupino and Robert Ryan, Beware, My Lovely is too underseen for my liking. Ryan is a schizophrenic handyman who slowly encroaches on Lupino’s life as he does jobs around her house. He’s prone to blackouts, essentially waking up a different person. Both lead performances are excellent, but it’s Lupino who exhibits her remarkable range, at once terrified of and sympathetic to Ryan. Despite one scene that reminds us this is the 1950s all too clearly, Lupino is marvelous as the victim who refuses to be a victim.

A relatively new addition to my watch list, shamlessly thanks to my crush on Franchot Tone. However, this gem of a noir is one of the few movies from this period I can remember with a woman in the main role. While plenty of noirs  Ella Raines receives billing below Tone and co-star Alan Curtis; however, she’s very much the life-blood of The Phantom Lady. The murder mystery and crime thriller is a definite deep cut of the noir movement, but certainly worth a watch. 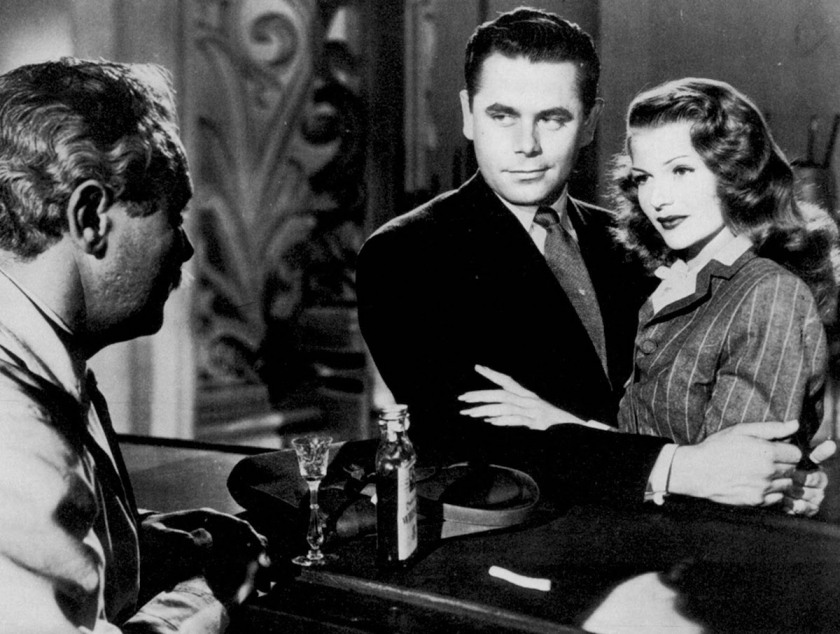 I’ve waxed nostalgic on this movie before. Gilda is the film which is largely responsible for my research interests after I saw it for the first time in college. While Gilda very much begins as a secondary character in her own movie, it is Rita Hayworth’s charisma (and her chemistry with Glenn Ford) which carries this 1946 noir.

I haven’t watched this film in far too long, but in thinking of thrillers helmed by a woman, The Petrified Forest sprung fully fledged to mind. The 1936 thriller brings a magnetic cast, each on the edge of a burgeoning career. Between a pre-everything Humprhey Bogart, a pre-most things Bette Davis and Leslie Howard, the cast in this thrill can’t be beat.

Mildred Pierce (like Gilda) is an essential of the film noir movement. Responsible for the reinvigoration of Joan Crawford’s career (as well as a well-deserved Oscar win), the movie rests on the shoulder’s of its female cast. This combination thriller, mystery and women’s picture is a brilliant work of cinema and a must-see if you haven’t.

As I grow older, my opinion of the early Hitchock gem continues to evolve. Initially, I found myself looking passed Joan Fontaine’s unnamed narrator in favor of the delightfulness that is Laurence Olivier. However, with each viewing, I feel like I see new aspects of her performance. The young actress brings some fascinating depth and layers to her character as she struggles to figure out what exactly is going on with her husband.