It’s Kristen’s birthday this weekend – no, she’s not going to tell you how old she is – and the Dames decided to honor her by listing the movies they believe define her best. Feel free to list your own Kristen-centric films in the comments.

Full disclosure: I was totally joking when I brought up to the Dames doing a top 5 about me in honor of my birthday. But they seemed to like it, mainly because they enjoy roasting my well-known favorites. I decided to ask my mom what movies she thought about when she looked at me so, as well-documented as my thirst choices are, I decided to go with movies that many would say “Yep, that’s definitely Kristen.” HONORABLE MENTION: Mama Lopez would like to give a shout-out to Eddie from the remake of It which is the living representation of me now.

I’ve talked about reading every Tudor book ever written and I lay that at the feet of my seventh grade social studies teacher. She showed us this 1969 Genevieve Bujold-starring biopic about the life of doomed queen, Anne Boleyn and I was hooked. Not only did the film show the beauty and magnificence of old school filmmaking, but it gave me my first look at feminism. Bujold’s Boleyn understands how women are presented as a commodity and I know her finale speech verbatim. Hell, I show my nerd creds every time Bujold says, “I sent her [Jane Seymour] as far as I could send her, since we don’t own Scotland.” Don’t get it….yeah, I’m a nerd.

I’ve talked before about how The Little Mermaid is a heavily problematic fave, but when I saw this at the age of five there weren’t any problems for me. Yes, because I didn’t know what feminism was but Ariel was my first real glimpse at the type of woman I wanted to grow into. No, not one who sells her voice for a man – though I would give up some things for working legs. I was drawn to Ariel’s ferocity, the fact that she was going to stand up (pun intended) to anyone who told her she couldn’t do something. For a little girl who heard “no” a lot – with the best of intentions – I saw Ariel as using her voice to achieve her dreams. Not to mention, I LOVED swimming – the one thing I could do without fear of getting hurt – and Ariel was the embodiment of that. I also love seafood…oh, wait, sorry Sebastian! 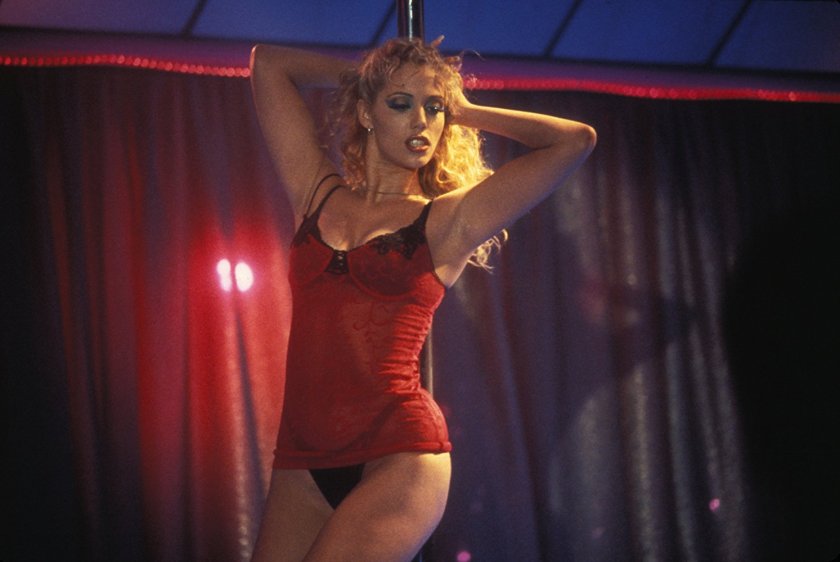 The Dames will tell you, and I’ll admit, my mark of quality varies wildly and this is exemplified best with this Paul Verhoven classic. Yes, I said classic! Showgirls is All About Eve for the ’90s generation, showing the battle women have to do amongst each other. There are lines so legendary in their insanity that I just can’t. And we don’t talk enough about how badass Gina Gershon is.

I’ve talked about My Girl a ton in previous columns so I’ll dispense with the same things. In short, I am Vada Sultenfuss. Griffin Dunne is bae no matter what. And I may have ended quite a few sentences with “it can only mean one thing, cancer.”

Mama Lopez specifically demanded I include Meet Me in St. Louis because I’ve attempted to make my family watch it several times, to no avail. One time the power went out and the only item to watch was this movie. I’m serious. My mom thought I knocked the power out just to force them to watch it. I love this movie, maybe because it’s the most nostalgic look back ever, in a decade that’s already nostalgic to me. My mom says I love it because I’m Margaret O’Brien’s character, Tootie. It makes sense. Much like me, Tootie is incredibly morbid and constantly wants to light everything on fire. She also viciously slaughtered a family of snow people. Nope, can’t see how that connects to me.

Kristen is many things. Shy about her opinions? Not one of those things. And that’s why we love ya, Kristen! Happy Birthday, friend!

(It’s actually kind of funny because 3 out of the 5 films Kristen listed are ones I was going to pick for her! But I decided to go a different route.)

Yeah, I don’t know anything about this movie other than what’s in the picture above. And also that they wear nice coats at some point? But, come on. Is there anything that screams Kristen louder? Probably not. 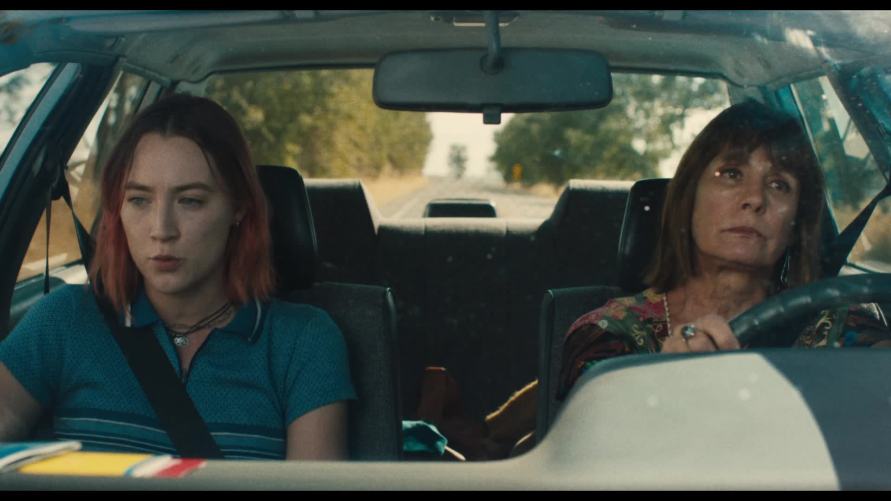 I know you think the above is a picture of Saoirse Ronan and Laurie Metcalf. Wrong. It’s actually a picture of Kristen and Mama Lopez. Basically.

I haven’t seen this one either, but it’s Cary Grant and Katharine Hepburn and it’s classic and it has a baby leopard. Totes Kristen.

I’m pretty sure Kristen wants to live in this movie. Or at least in Kate Hudson’s coat.

And is there any more perfect dreamscape for Kristen Lopez than the idea of living in an isolated house with this dude right up here? Even with the beard, she absolutely would.

Doesn’t this film have everything that we know Kristen loves? Timothee Chalamet? Armie Hammer without a shirt? Long, languid sequences of sun-soaked goodness? The only thing missing is Oscar Isaac and Justin Theroux as Armie’s grad school buddies, because why would that not be a thing? Unless…wait. Are one of the twenty actors that are Justin Theroux already in this film? Hmm…

I might have issues with this film, but I get why Kristen loves it. There’s Armie Hammer being totally adorable and Henry Cavill being…present. And very pretty, I must admit. It’s also decidedly more feminist than the original show and gives Alicia Vikander’s Gaby something to do beyond being in danger.

Lest we imagine that I believe Kristen is only interested in sexy men – or nonexistent ones – I know she loves Little Women. And it does indeed encapsulate certain things – fancy costumes, melodrama, Christian Bale and Gabriel Byrne…not bad. 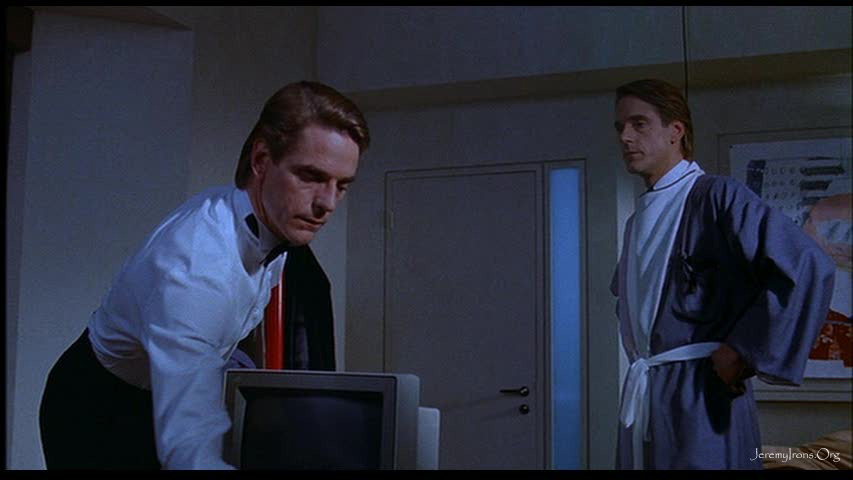 I will admit, this film freaks me the hell out and I could never watch it a second time, but there are two Jeremy Ironses in it, which probably makes it all worthwhile. This is mostly to remind Kristen to watch this movie. I mean, just because it’s a great David Lynch/Naomi Watts film. No other reason of which I am aware.

What other movie gives us a whole year of Armie Hammer gif-ey goodness? Add the delightfulness of the “Sweet Baby Snowflake” himself, (Kristen and Sweet Baby Chalamet are besties after all) and you have probably the Kristen-iest movie I can think of. Furthermore, the movie is also a joy and is rightly one of the best to come out of the dumpster fire year that was 2017.

Double your pleasure, double your fun. Armie Hammer+Henry Cavill= How can you not love this movie? Okay, Lauren can’t… and Karen might be wishey-washy on it, but I digress. Guy Ritchie, when are you giving us a sequel?

Yes, yes, Poe Dameron. We know this. Porgs? BB-8 being unable to pull himself out his unhealthy relationship with the prettiest fighter pilot in the galaxy? Oh, and have I mentioned Laura Dern being an absolute badass?? (Yup, I said it, fickle fanboys!).