It’s that wonderful time when children go back to school and start learning a new year’s worth of knowledge. Or, if you’re like Kristen and live by a school it’s when you start scheduling your day to avoid traffic. So as women whose school days are over we decided to nostalgically look back at the schools we dreamed of attending, and the lies these movies inevitably taught us.

I’ve written a lot about how the high school experience of films played differently to me as a disabled woman. For me, high school movies were the ultimate fantasy features because I knew my life would never be like that. So the films I picked all look at the high school world in a heightened way, and certainly inspired me once I went to college.

When I saw Greta Gerwig’s Lady Bird last year I was floored. Not only is it funny, empathetic, and a beautiful look at adolescence, I felt it represented me in a way. Sure, Saoirse Ronan isn’t disabled, so she didn’t literally represent me, but she reminded me of who I was in high school. Like me, she has a loving yet acrimonious relationship with her mother (Laurie Metcalfe has an Oscar for this in my mind), and her high school experience was similar to mine in many ways. I mean, hell, her love of the dickish Kyle (sweet baby Timothee Chalamet) mimicked my own high school crush, who shall remain nameless because he didn’t love me back! I watch that prom sequence every time and just smile because Gerwig got me. 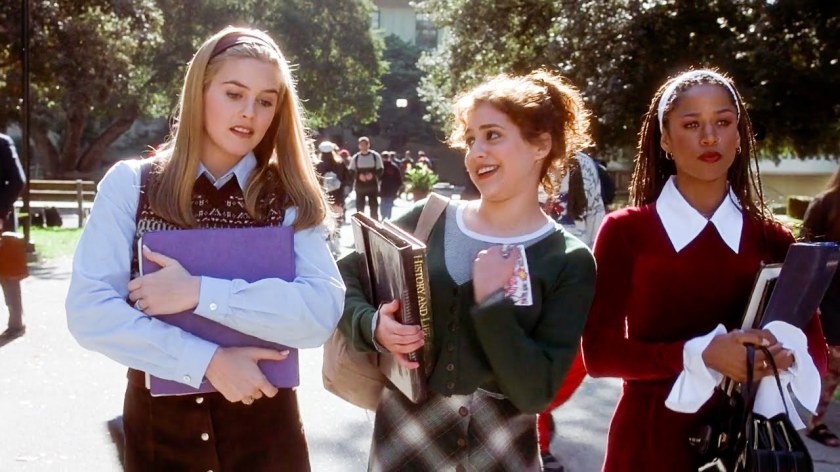 Clueless exists in the real of “fantasy high school I wish I went to.” Bronson Alcott High School will always be my high school ideal, and I’m sure for the privileged kids who lived in Bel-Air, it was. What I love about Amy Heckerling’s interpretation of Emma is that the high school really does mimic Jane Austen’s England; the small society where everyone knows each other’s business is a high school, just with snooty accents and less money. 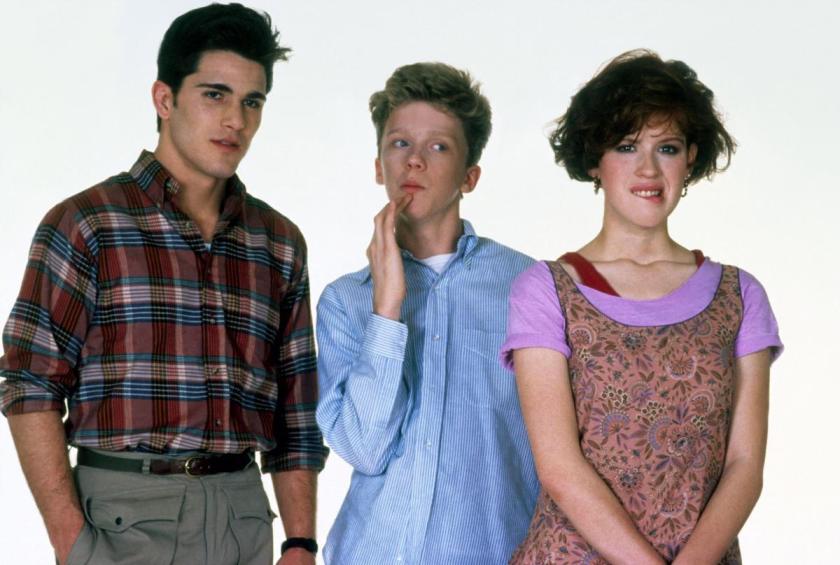 So, yeah, Sixteen Candles is a problematic fave for me, so don’t @ me with your “it’s racist, there’s a HIGHLY questionable sexual encounter, and there’s no way Jake Ryan REALLY wanted to just hang out with a 16-year-old girl.” I tell myself these things every time I rewatch it. That being said, John Hughes did his best to convey what high school was like for a girl. Hell, I swooned over many a senior, though never EVER compared to Jake Ryan who remains the ideal man for me. Molly Ringwald’s Samantha Baker is awkward, sarcastic, and can’t catch a damn break. Girl, I understand ALL of it. 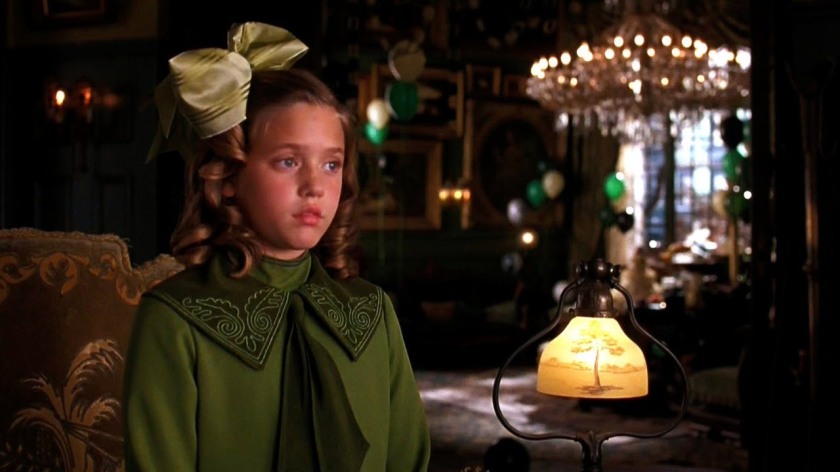 Confession time, I wanted to go to boarding school growing up. Part of it was I really wanted the independence and camaraderie that I thought came from being isolated with a bunch of girls learning. The other part came from watching this 1995 Alfonso Cuaron masterpiece (yeah, I said it). I thoroughly enjoyed this film’s look at a 1900s-era boarding school. I wanted to wear the dress and the bow that was the uniform. I mean, yes, there was also racism and indentured child labor, but I wanted to listen to literature in a beautiful reading room!

Jawbreaker was a last minute addition and I’m so glad I remembered it! I saw this movie on VHS in 1999 and absolutely loved director Darren Stein’s candy-coated, bleak view of high school. Stein intentionally cast older actress (Rose McGowan, Rebecca Gayhart, Julie Benz, and Judy Greer) to mimic movies like Grease, and the humor is as black as it gets, starting with the plot involving three friends who accidentally murder their best friend. High school is hell, especially for women, so I consider Jawbreaker the Heathers for ’90s ladies.

Is there any high school experience more amazing than being serenaded on the football field by Heath Ledger? I can’t imagine anything would ever compare to that. And somehow, that Great High School Moment isn’t the only reason this movie is worth watching. It’s a hilarious adaptation of a Shakespeare play that isn’t exactly kind to women. (A shrew? Come on, Bill!) The cast is fantastic, including Joseph Gordon-Levitt, Gabrielle Union, Allison Janney, Larry Miller, Julia Stiles, and, of course, Heath Ledger. And it has a great soundtrack.

I don’t work in a high school, but I find myself identifying with Tina Fey’s Ms. Norbury more than I like to admit. It’s a great look at the high school experience from a funny and exaggerated way. The situations skew toward the ridiculous (in a good way!), but the truths are universal. There needs to be a follow up about adults because a lot of people didn’t learn the right lessons from Mean Girls, despite how much they all claim to love it. Also, I really don’t hate the Oh my god, Karen memes this inspired.

Did I say I relate to Ms. Norbury? Good, because then I can say I don’t AT ALL identify with Matthew Broderick’s Mr. McAllister in this movie. Because I never, ever, ever want to sabotage a student who annoys me. This movie is so unrealistic for anyone who works as a teacher or school employee. We love every student all the time always and will never tell you otherwise. 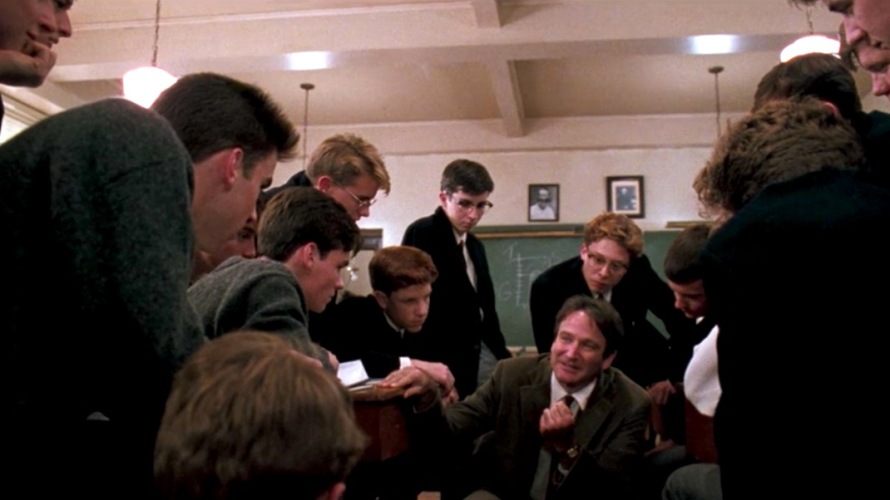 I suppose I had to have one entry that’s kind of a downer, but this is actually one of my all-time favorite movies. I saw it in middle school, and besides gaining a massive crush on Baby Ethan Hawke, the idea of “carpe diem” etched itself into my brain. It’s weird to trace back something that’s been a big, recurring life theme to a movie I saw in seventh grade, but there it is.

One of these movies had to be about ditching school. Which I never did, of course, because I was a model student. But seriously, Ferris Bueller was my hero.

I was very disappointed when I discovered college is not really like the Marx Brothers’ Horse Feathers. (Though, St. Andrews definitely had a…Marxist quality to it.) But as the daughter of an academic family, something rang true in the opening number, in which Groucho sings “I’m Against It” at the faculty’s suggestions. Then there’s the science lecture, where Chico and Harpo act the roles of petulant schoolboys making fun of the teacher. The Marx Brothers were able to make anything tolerable and hilarious, and college was no exception. 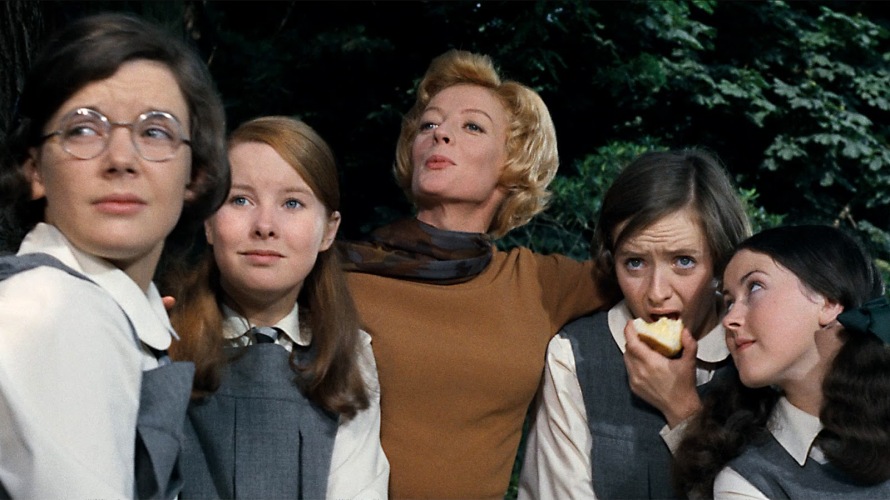 This one has popped up on my lists before. A tale of a domineering teacher who shapes her young students’ minds to a dangerous degree, until one of them rebels against her. It’s a darkly comedic story, anchored by a young Maggie Smith, and takes place in Edinburgh, one of my favorite cities in the world.

All stories that take place in girls’ schools should be art films/mysteries. Peter Weir’s bizarre, meandering, and wholly engrossing Picnic at Hanging Rock taps into adolescent malaise in the story of a group of girls from a boarding school who vanish during a picnic. But it’s so much more than that: lyrical and mysterious, there’s something supernatural about the events, told with a romantic edge that comes off like a terrible kind of dream.

Think of this as the anti-Goodbye Mr. Chips. The Browning Version is about a teacher almost universally hated by his students; a man whose act of superiority conceals an utter lack of character or talent. His aggressive mediocrity starts out as repellant, but becomes sympathetic as the film goes on, thanks largely to Michael Redgrave’s performance. It’s a sad, cynical, and, in the end, oddly triumphant film.

I’m cheating a bit on this one because technically The World of Henry Orient isn’t about school. But it is about adolescent friendship and fangirling and doesn’t get nearly enough love, so whatever. The story centers around two schoolgirls in New York who become fast friends and start an impassioned obsession with famous pianist Henry Orient (played by Peter Sellers at his comedic, smarmy best), about whom they make up elaborate stories. The obsession fuels their friendship and some madcap comedy results as they stalk the poor guy. It’s a surprisingly heartwarming and honest story about female friendship and the vagaries of adolescent obsessions.

Problematic, I know. Don’t @ me. This doesn’t change the fact that yours truly was basically a theater nerd. The neighbor kids and I did dozens of scrappy backyard performances, and Grease was  one of them. I wanted to be a Pink Lady and found myself dead-set on having Marty’s high-school experience. I may or may not have been the only 12-year-old I knew with a crush on Edd Byrnes. When I think of school movies, the “Summer Nights” sequence is one of the first I think of.

My early experiences with Rebel Without a Cause were surprisingly tenuous. I didn’t get the movie. I didn’t like it. I certainly didn’t appreciate James Dean’s acting style. However, I watched it again towards the end of my teen years, and something clicked. The movie is indicative of a certain struggle of the teenage experience. Will I fit in? Can I form a bond outside of my hereditary family? Will people accept me? All of these are questions are addressed by the 1955 drama which allow it to remain a classic today.

Orange County stands as my pre-Lady Bird “This movie is about me!” moment. When this hit theaters I was a junior/senior in high school, and I was busy applying to colleges. I knew one thing…I didn’t want to stay in my home town. My plans were to move out east, go to a big school and become a writer. I was Shaun Brumder (Colin Hanks). His growth, his arc was everything I was going through at the exact same time. As such, this movie remains a powerful one for my high school experience. 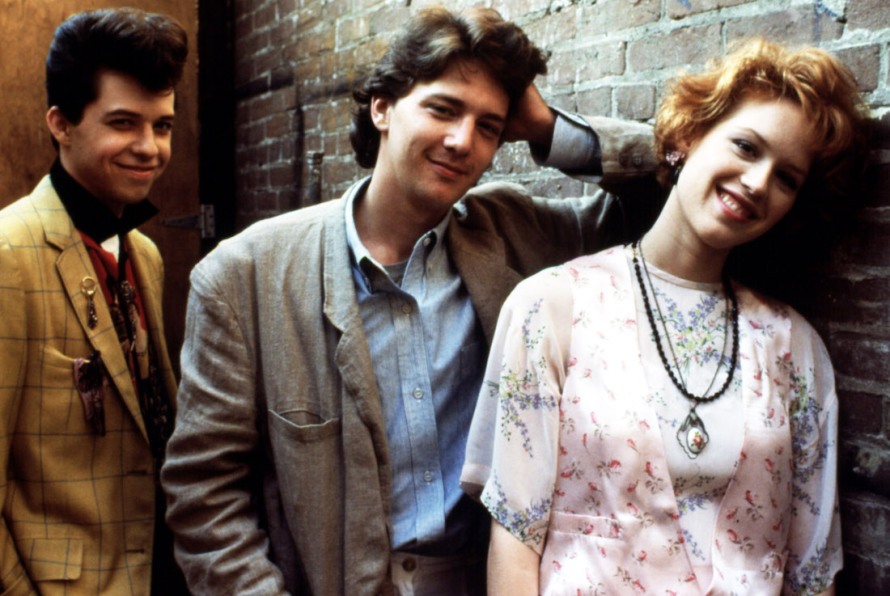 Team Blaine, y’all. Have I said that before? Anywhoo, I came to this movie late (during a collegiate Brat Pack phase), but quickly learned this is my favorite of the ’80s teen movies. Molly Ringwald’s take on Andie shows even the quirkiest of us can sometimes get the guy, remain our adorable selves, and go to prom!

Julia Stiles is one of the first actresses to show a formative me that a woman could be independent, feisty and all-around bad-ass. Her take on Kat Stratford is a truly important one in that she’s one of the first characters of her type I remember identifying with. Princess Leia is awesome, but I couldn’t venture out to space. I never quite got the whole Ripley thing (Alien scared the hell out of me). Kat  was a high school girl who liked her own thing and didn’t care what other people thought. I could see myself in her. As a result, this is still one of my favorite teen/back to school movies.