The sub-genre of film noir is quite a complicated one, especially when viewed through a gendered lens. Made in 1946, Gilda is an iconic entry within the film movement, often rated alongside classics like: The Maltese Falcon and The Third Man. Gilda also stands as one of the most remembered femmes fatales in film history. However, when watching the film, Gilda is not evil. Rather, the story projects masculine views of femininity on her character. Thus, it is Johnny and Ballin who paint Gilda as a femme fatale.

Historically, Gilda falls inside a very interesting and significant period in U.S. history. Gilda premiered in early 1946 just as the United States was coming out of World War II. The end of the war resulted in shifting cultural norms, especially relating to gender and sexuality. Very few films of the time show these twisting values quite as clearly as Gilda does. In 1946 the home-front had become a different place than it was only a few years earlier, and people felt their heads spinning. 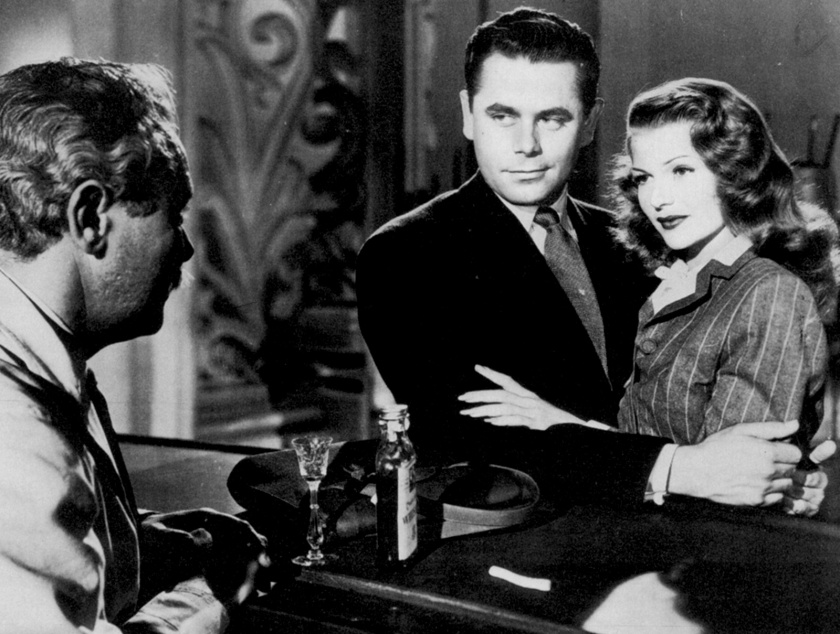 Despite the name, and marketing strategy of the film, this is very much Johnny and Ballin’s movie. In fact, it is their relationship which sets up and defines the narrative. While Johnny and Gilda generate a lot of heat, the story provides little between them for the audience to get attached. Meanwhile, in one of Johnny and Ballin’s earliest scenes together, the two men share a toast and declare that women are just complications. They vow to keep their bond between the “three” of them, referring to Johnny, Ballin, and Mundson’s custom made combination knife and cane.

Johnny and Ballin’s relationship is very much a “bromance”. The two men are so connected that Gilda’s arrival hurts Johnny, who finds himself stuck in between Ballin and Gilda. While the story hints at a previous relationship between Johnny and Gilda, Johnny’s devotion is to Ballin. He does everything he can to protect his boss from his much younger, philandering wife.

Gilda stands as an iconic femme fatale; however, she also holds a complicated place in the narrative. The character is not a femme fatale in the same vein as Kathie (Jane Greer) in Out of the Past or Phyllis (Barbara Stanwyck) in Double Indemnity. While Hayworth delivers a layered and interesting performance, Johnny and Ballin imprint a tremendous amount on her character. Early in the film, Ballin looks down on his wife, “It amuses me to feed you beautiful things, because you eat with such a good appetite”. While she does get antagonistic (mainly towards Johnny), much of her behavior is merely in response to the treatment she receives.

This theory is backed up further by the iconic “Put the Blame on Mame” musical number. The powerful and sexy musical number is Gilda’s gesture to take back some power within the narrative. This is her response to the treatment she has received not only from her husband, but her former lover as well. At the same time, the song serves a secondary purpose. The lyrics show how history has blamed women for events throughout history:

Remember the blizzard, back in Manhattan

They say that traffic was tied up

And folks were in a fix…

Put the blame on Mame, boys

Put the blame on Mame

Mame gave a chump such an ice-cold “no”

For seven days they shoveled snow

So you can put the blame on Mame, boys

While the moment is largely successful, Johnny has one of his men drag her off stage, putting her back in her place. Her first words as she comes face to face with Johnny are telling, “Now they know what I am…They’ll know the mighty Johnny Farrell got taken!”. The scene is fueled by their surging emotions. In the moment, an angry Johnny slaps Gilda before storming from the room. Gilda triumphed over Johnny Farrell. 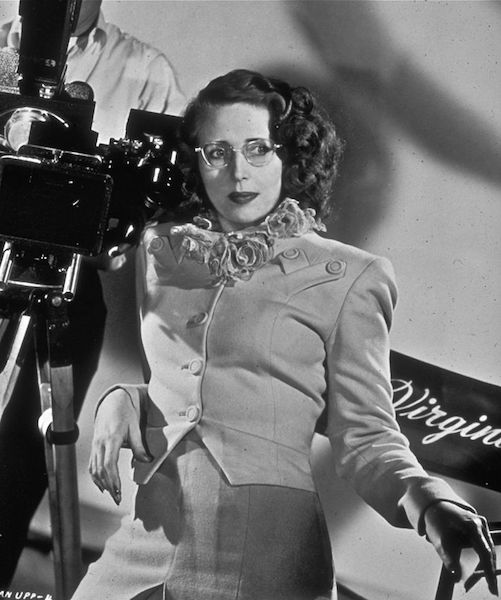 Interestingly, Gilda comes from the creative talent of Virginia Van Upp. Van Upp started in Hollywood as a screenwriter in 1934. She wrote for some of the greatest Hollywood players before joining the creative team at Columbia Pictures as an Executive Producer. It was at Columbia where she cemented her reputation when she not only co-wrote, but produced the Rita Hayworth and Gene Kelly musical Cover Girl. She would once again work with Rita Hayworth a few years later in Gilda, and then again in the 1952 film An Affair in Trinidad.

Many consider Gilda a classic work of film noir. A big part of Gilda’s success is due to Hayworth’s stellar performance. However, Gilda’s status as a femme fatale doesn’t merely result from the construction of her character. Rather, it is due to the projections from the men around her. Interestingly, Gilda seems very much aware how Ballin and Johnny see her. And she doesn’t always have to like it. As such, her character provides a fascinating take on sex and gender in post WWII America.

Gilda is widely available on DVD.