It seems Hollywood in the early 1960s couldn’t get enough of Europe, particularly Italy. Films like Light in the Piazza, Come September, and even Gidget went to Rome during this time. Rome Adventure is another movie which fits snugly into this pseudo-genre. While it largely avoids being as heavy-handed as other melodramas coming at the same time, it looses focus in the last act chasing a Hollywood happy ending.

Rome Adventure follows disgraced librarian Prudence Bell (Suzanne Pleshette). After loosing her position at a wealthy new England prep school because she let a student borrow a scandalous book, Prudence decides to take some time to find herself. Where do you go to really live life? Italy! While there, she meets Roberto (Rossano Brazzi), Albert (Hampton Fancher) and Don (Troy Donahue). While each man competes for her affections, it must be asked, who will Prudence choose?

The casting of Suzanne Pleshette as Prudence is the primary reason for Rome Adventure’s success. In the hands of another actress, the character could easily fall flat. However, Pleshette brings an emotional maturity and sense of experience to the character. Her performance makes the film, as the extreme emphasis around “prudence” (and all associations the word brings) could become overpowering in the hands of a younger or weaker actress.

Furthermore, Prudence is largely an active participant in the narrative. While romance is often mentioned, Prudence’s primary reason for visiting Italy is to live life. She’s not there to land herself a husband. As such, she often goes out to visit tourist destinations on her own. She’s there for herself, not for anyone else. Early in the film, she’s alone onboard ship for the initial journey. While “her honor” is being “protected” by both Albert and Roberto, her voice over narration reflects on their behavior jokingly. Not only are they watching her, but the men are watching each other. Meanwhile, the narrative contrasts Prudence against a character like Agnes (Pamela Austin), a college girl visiting Italy. While Agnes is not much younger than Prudence (whose stated age is 21), she spends the narrative being doted on by a chaperone, and droning on about the sexiness of Italian boys. 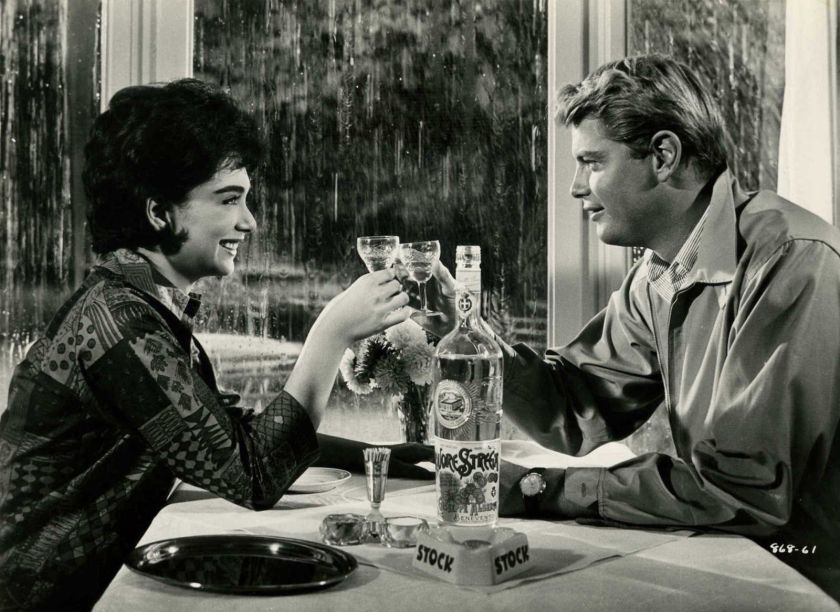 Interestingly, the film also passes the Bechdel test. This is primarily due to Prudence’s job at an English bookstore. She strikes up a fast friendship with her boss Daisy (Constance Ford). The two women instantly bond over their former lives as educators, as well as their quest for something more in life.

However, the film takes a sudden shift in the last act with the return of Don’s wayward lover Lyda (Angie Dickinson). She is an experienced and worldly artist (is there any other kind?). Like Dickinson’s early star persona, Lyda is a bad girl with a little ice queen mixed in. Early in the movie, she talks with Don, “You called me Frigid Bridget….you said if I sat on an iceberg it wouldn’t melt…”. Being a stereotypical evil ex, her presence is just enough to make the usually confident Prudence insecure, and the resulting tension causes the first rift in her relationship with Don (Let’s face it, Albert and Robert never stood a chance…).

In the last act, the narrative suddenly (and blatantly) plugs Prudence into a “good girl” stereotype. Wallowing in insecurity after the break-up, Prudence runs to Roberto. She’s doing her darnedest to woo the charismatic Italian. However, as they kiss, he says, “(You were) born to be a one man woman…”. For the first 3/4 of the film, Prudence hasn’t really needed to be “the good girl”. She has simply been herself through the solo trips and passionate make-out sessions with Don. In fact, in this last act even her wardrobe seems to change. While her clothes haven’t been over the top, after her scene with Alberto she’s wearing a thick, dark-colored suit. Throughout the story, her wardrobe has typically been lighter and much more contemporary. The quick change in the narrative stands out, giving the final act a drastically different tone than the rest of Rome Adventure. 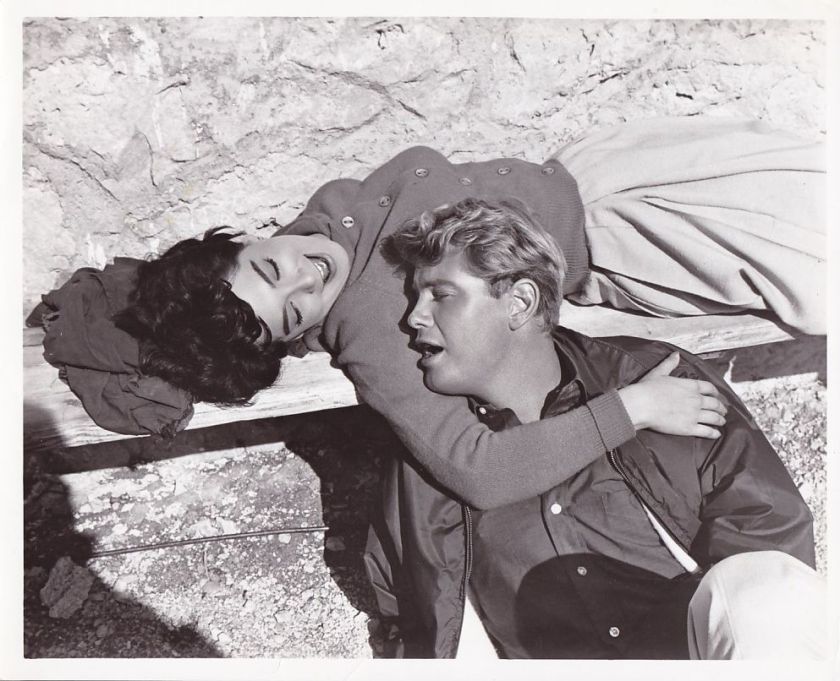 Interestingly, film’s ending feels very rushed. In fact, Don and Prudence don’t make-up until the very last-minute of the last scene. It turns out, Lyda broke his heart a final time, resulting in a desperate Don running back to Prudence. As they kiss on the dock, Prudence appears to have forgotten everything from Albert’s marriage proposal (which she seems to accept), to the fact that up until a minute earlier, Don had left her for another woman. She beams with glee at the reappearance of her first “big love” and all is happy in her life.

The above shouldn’t detract from the fact that Rome Adventure is a complete visual treat. Everything about it is beautiful from the cinematography, to the Italian locations and even its’ stars. While the film narratively holds its’ own for much of the runtime, it drastically looses focus in a rushed third act. The characters and story take a drastic shift which stands out in contrast to the rest of the movie. As such, the film falls into a pit in which so many movies find themselves stuck… the pursuit of the commonly accepted happy ending.