What I Did For Love- Terminator Genisys

We knew it was a mistake when we heard about it. Another Terminator movie? Ultimately, every version of the story we’ve seen since the legendary Terminator 2 (I will fight in favor of Terminator: The Sarah Connor Chronicles, though) has been largely forgettable. When we saw trailers featuring James Cameron singing the praises of the movie, begging audiences to see it, we knew it had to be bad. However, thanks to a certain Australian actor, I showed up. Yes. I gave this movie my money. The things we do for love.

A little backstory, I fell super duper hard for Jai Courtney during his run on the first season of Spartacus: Blood and Sand. Was it the hair? Was it the puppy dog eyes? Who are we kidding, it’s the sweaty, gladiatorial action. This column is about thirst. Why lie? Despite having a relatively short arc on the series, the young actor received the biggest bump from the show. Unfortunately, it was a long slog… Terminator Genisys sums up the quality there for a while.

Terminator Genisys follows the legendary heroes from the previous films… just this time in slightly less legendary form. Emilia Clarke takes on the role of Sarah Connor, Jason Clarke plays a decidedly meh John Connor, the amazing, delightful Jai (I hear you snickering back there!!) Courtney portrays Kyle Reese, with Arnold Schwarzenegger returning as… himself. Terminator Genisys is directed by Alan Taylor from a script by Patrick Lussier and Laeta Kalogridis.

The ideas behind this movie are great! Alternate timelines can work (timey, wimey, gobeldy gook). And the thought of Khaleesi playing Sarah Connor looked great on paper. However, it seems that on paper doesn’t extend to reality. These characters are boring. Everyone is giving it their all, but there is a disconnect somewhere in the filmmaking. Courtney’s Kyle Reese is earnest and adorable, but his understated performance feels more at home in a romantic comedy than this franchise action film. Probably the closest is Clarke as Sarah Connor, but the young actress feels absolutely dwarfed by the role (particularly surprising, considering the strength of her take on Daenerys). Meanwhile, Jason Clarke is… Jason Clarke. The actor has a heck of a time finding roles that allow him to shine, and he doesn’t bring the authority, power, or even passion required of a character like John Connor. Say what you will about Christian Bale, at least his adult John Connor works. 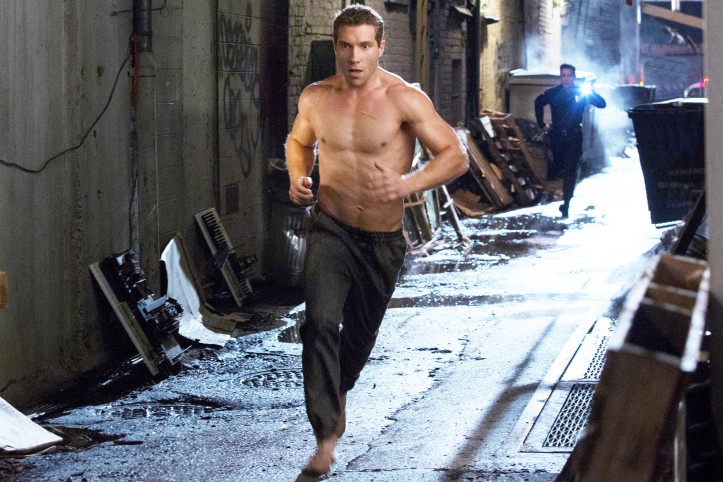 Even the gaze of this movie is boring. Some movies are male gaze-ey, some movies are female gaze-ey… I wouldn’t have thought that Alan Taylor (who cut his teeth as a director on the titillating gaziness of Game of Thrones) could create something with such an apathetic gaze. Gauging this from a purely thirst related perspective… I can find better choices. (*cough, The Exception *cough).

Ultimately, nostalgia is a powerful thing, and it seems a bit of this sinks this movie. Could it be a tiny bit of Ghostbusters syndrome? I mean, this isn’t a good movie. However, it is a rebooted, questionable take on what can only be described as a quintessential piece of late twentieth-century cinema. Emilia Clarke isn’t Linda Hamilton, Arnold Schwarzenegger is… not the man he once was (is that mean?), and Jason Clarke is hardly the face of the resistance. You can hear generations of Gen-X and older millennial fanboys screaming, “Stop ruining my childhood!” 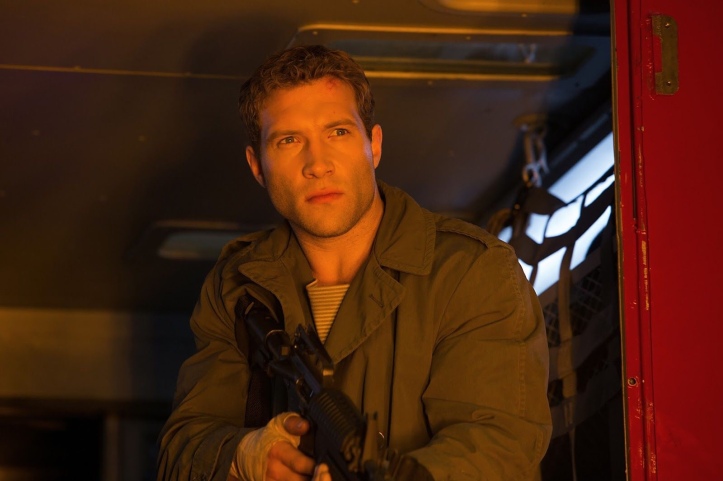 Ultimately, Terminator Genisys (why spell it that way guys?) is a one-off movie. That’s what it’s proven to be for the franchise that (usually) won’t die, and that’s all it needs to be. I tuned in for Jai Courtney (and Matt Smith… but that’s a different column). Courtney has done better work (stop snickering!), and there’s more coming in his career.