At our core we’re all film fans. We wouldn’t work for long hours, unpaid, and bother using punctuation if we didn’t. As we’ve developed our film appreciation we’ve also gravitated to certain actors and actresses. This time we switch things up to discuss the films or other pop culture media that introduced us to actors and actresses we love.

One of my favorite pre-Codes starring the utterly incomparable, amazingly astounding lady who owns my heart, Miriam Hopkins. Miriam is a ball of sunshine as one half of a con-artist duo trying to stop a rich heiress (played by Kay Francis) from stealing her man! Honestly, Kay has no shot in hell because Miriam is wonderful and, worst case scenario, would have totally kicked some Francis ass. Hopkins has amazing comedic timing, has a great physical presence, and can rock the shit out of a sparkly 1930s gown. I love her so, and I love this movie more because of her. 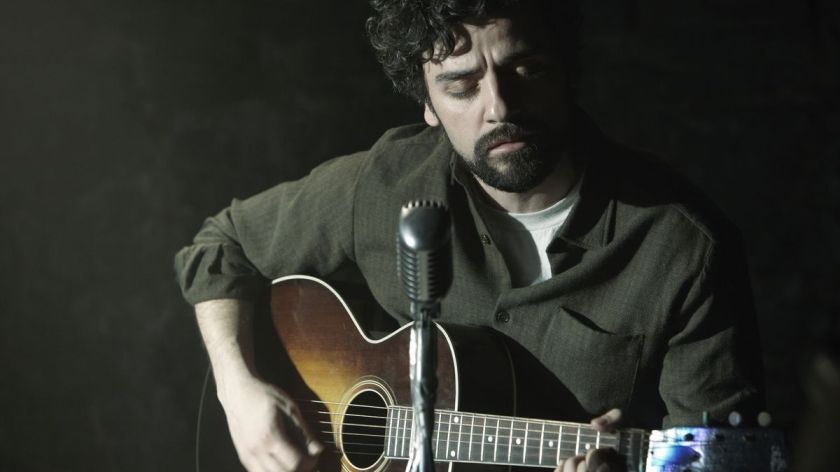 It’s a story in my household that I made fun of or otherwise railed against Oscar Isaac before I saw this Coen brothers masterpiece. (Yes, seeing Robin Hood and Sucker Punch when they came out didn’t put our relationship on the right foot.) Regardless, when 2013 rolled around and I saw this, I was an Oscar Isaac fangirl of the highest caliber. Being a Coen brothers fan certainly helped already, but as everyone knows about me: I’m a sucker for a person who can sing, and two hours of hearing Oscar Isaac sing made my heart swell at least two sizes that day. And, on its own merits, this movie should have won every Oscar the year of release.

Gina Prince-Bythewood’s story of a pop star trying to find herself is one of my favorite movies that all of you slept on. It’s got a fantastic soundtrack and the commentary is biting regarding our sexualization of women, particularly black women in the hip-hop community. But for the purposes of this article it introduced me to one of my many girl crushes, Gugu Mbatha-Raw. You can say, “yes, another performer who can sing,” and that’s true. But what I love about Mbatha-Raw is her ability to play two totally different women in this movie. Now I just want to watch this back-to-back with Belle!

Sabrina is one of the best Cinderella stories ever made! That’s a fact I stand by. It also helps that it has one of the best looking men in cinema history, Mr. William Holden. I’m unclear whether I saw this or The Moon is Blue first, but either way this movie made me swoon over Bill. His interactions with Audrey Hepburn are even more intense because they were actually in love. He’s pure sex, even with a ridiculously blonde head of hair.

The Thrill of It All

This 1963 Norman Jewison comedy written by Carl Reiner and starring Doris Day is weird. The plot follows a stay-at-home mom who becomes a soap spokeswoman only to have her doctor husband (James Garner) get jealous because she doesn’t have time for him. It’s a bizarre slice of early ’60s gender politics, but holy shit is James Garner hot! If you thought Doris Day couldn’t exude sexual chemistry, watch her opposite Garner in this! These two are hopping into bed together in this movie and I believe it. Garner’s charming, commanding, and a massive pain in the ass, but you understand why a woman like Day would keep him. And he stayed ridiculously good-looking even into old age!

A note about the following: After making this list, I realized I have had the privilege of meeting all but one of these darling men. Let’s cross our fingers for me in 2018!

I was 9 years old when my dad and I spent all day at an air show, and then he took me to see a movie about fighter pilots. It was a great day. It was also the day I discovered Tom Cruise. Don’t get me wrong, the rest of the movie is great too. But my nine-year-old heart was forever changed the moment Pete “Maverick” Mitchell began singing “You’ve Lost That Lovin Feeling.” Sure, I was too young to understand what was happening, but I have never lost that loving feeling.

In high school, a friend dragged me to see this dance movie about kids who form a secret swing dancing club while trying to avoid getting recruited into Hitler’s Youth. I couldn’t have been less interested in Swing Kids, but I went anyway. And at some point during the movie I asked her, “Who is THAT?” She said, “Let me tell you about Christian Bale.” And then we went back to her house and watched Newsies, too. 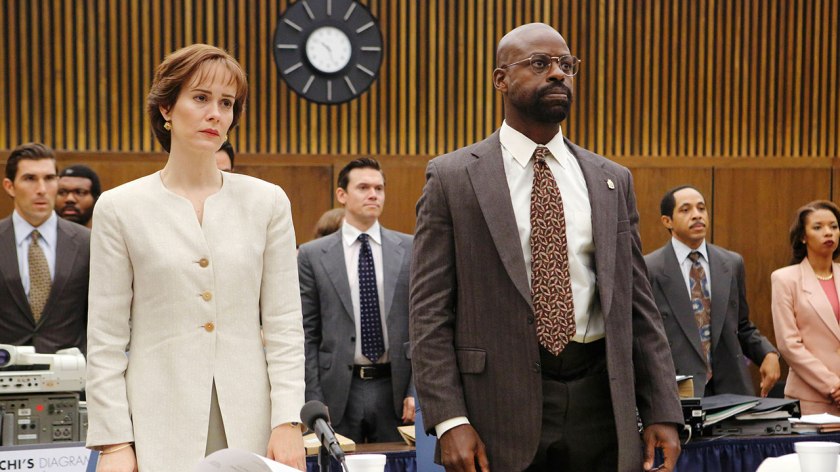 When FX announced this series, I didn’t know how to feel about it. That trial was such a spectacle, and I started hearing the cast announcements and sign me up for anything that has Sarah Paulson attached; her Marcia Clark was incredible. But sitting second chair was Sterling K. Brown as Christopher Darden and I was transported back to the summer of 1995 when I would spend hours watching the trial on TV and how I just adored Christopher Darden. Sterling brought that all back for me. So when I saw the ads for this new show, This Is Us, how could I resist?

I was SURE I knew who Hugh Jackman was before the first X-Men, but it turns out I didn’t. That was the film that started a very long crush on this triple threat. When I found out he could sing, I was done. One of my dearest wishes is to see him perform in a Broadway musical. Sure, the YouTube videos are nice, and I can watch Les Miserables and The Greatest Showman over and over. But it’s different when it’s on a stage in front of a live audience. And yet, it all started with a grumpy dude with really long nails almost twenty years ago. 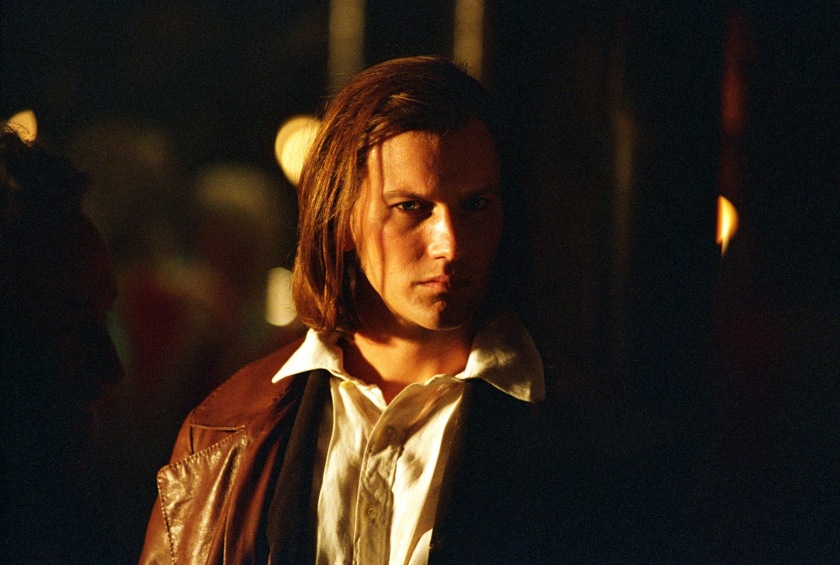 And speaking of musicals…The Phantom of the Opera was the first Broadway production I ever saw on a stage. It was during a national tour and I soaked it all in. So when the movie opened how could I resist? My friend was hopelessly in love with the Phantom, but when I heard Patrick Wilson’s golden voice, I needed more. That was at the beginning of his film career, and though the movie itself wasn’t great, he was talented and beautiful and would go on to make great movies. And TV. And still sometimes return to Broadway. And it’s all just delightful. 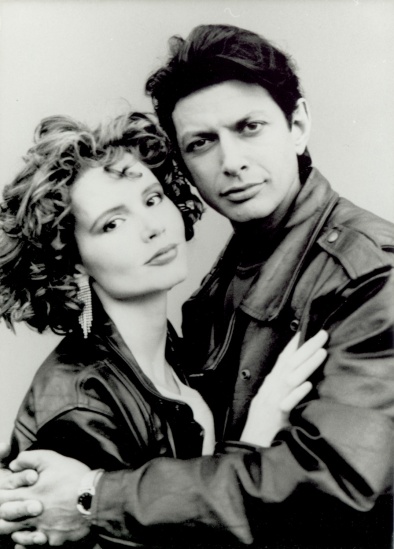 I’m going to be forced to write about this one later on, but Earth Girls Are Easy really did introduce me to the glory of the Goldblum. Is it a, um, good film? No, but it’s also not really supposed to be. What it does have is lots of ridiculous 80s music, a song called “I’m a Blonde (Yeah Yeah Yeah),” and Jeff Goldblum emerging shirtless from a hair salon. It’s basically perfection.

Shout-out to my good friend Nannina, who loved this film and showed it to me the first weekend we were flatmates back in college. I’m sure she regretted it ever after. How To Steal A Million is a damn good 60s heist movie starring Audrey Hepburn as the daughter of a notorious art forger and pretty-as-fuck Peter O’Toole as the art thief who eventually wins her heart. And no wonder – the first shot of O’Toole appearing from behind a stolen Van Gogh had both myself and Audrey gasping. “Tall, slim, quite good-looking…In a brutal, mean way, a terrible man!” I couldn’t agree more, Audrey.

Speaking of brutally good-looking men…Oliver Reed. Reed is my greatest shame, because the man is simultaneously an awful reactionary and…so sexy. But although I adore him in Curse of the Werewolf and Paranoiac, his appearance as the more mannered Ivan Dragomiloff in The Assassination Bureau was what made me (and Diana Rigg) love him. Again, the film is actually tons of fun, with a steampunk vibe, Reed flashing his gorgeous blue eyes, and Diana Rigg running around in a corset. It also got me into reading steampunk novels, so that’s another plus.

I might have a thing for blue eyes and slender British men. Michael Redgrave is definitely on my long-term crush list, and so it’s no surprise that Hitchcock’s screwball-ish spy thriller The Lady Vanishes was my introduction to him. Redgrave is a snarky musicologist who spends the first twenty minutes of the film getting into scraps with Margaret Lockwood’s spoiled heiress. It was also Redgrave’s first film, and he carries it off with considerable charm. “Confidentially, I think you’re a bit of a stinker, too.” Man, how can a girl resist that? 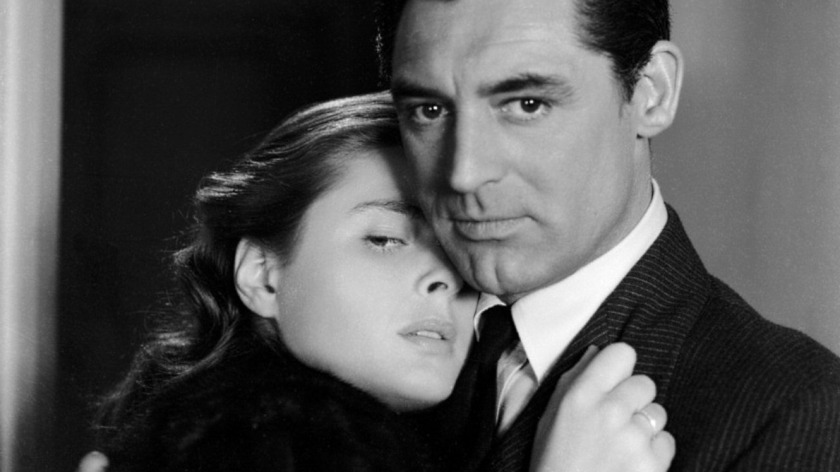 Notorious has long been one of my favorite Hitchcock films, but it’s also the first film that made me go, “Damn, Cary Grant!” And it’s really one of his lease sympathetic roles, as he tortures Ingrid Bergman over her past and gets her to marry Claude Rains. But Grant is also sublimely sexy in the part – no wonder Bergman can’t be in the same room with him without jumping his bones. 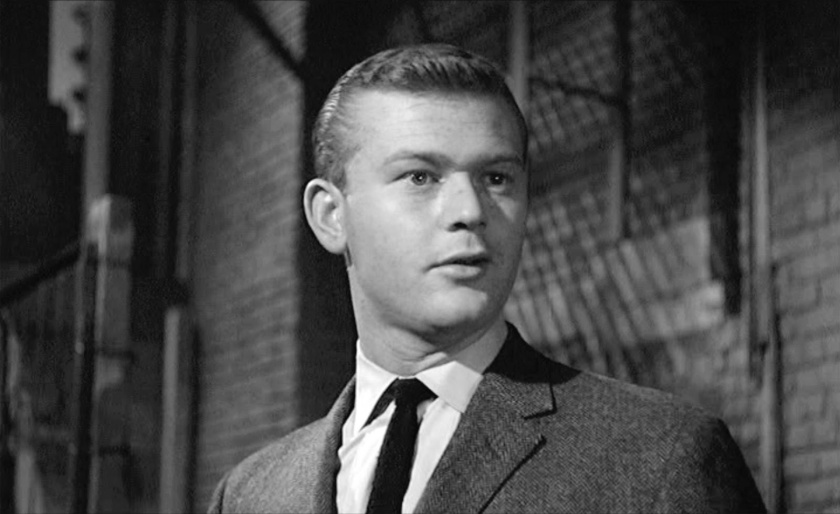 The Jack Webb created police procedural is one of the many Dragnet spin-offs to hit the airwaves during the 1960s and 1970s. The series followed to LAPD patrol officers over the course of their daily duties. More importantly; however, it opened my eyes to the awesomeness of Martin Milner.

Milner was a television mainstay throughout the 1960s and 1970s. My discovery of the slightly gruff, but likable police officer with killer blue eyes started me on a re-watch of everything the prolific actor made.

No… not Ron Pearlman. I watched the superhero movie out of the corner of my eye… it was supposed to be background noise. However, as I watched a young British actor caught my attention.

Rupert Evans is somewhat easy to miss as John in the 2004 film. However, I was instantly hooked on the actors work. It has been a bit of a haul getting his work across the pond. With the third season of The Man in the High Castle preparing to debut, Rupert Evans seems to be reaching the stardom he richly deserves.

I’m not shy about discussing my main celebrity crush on Domhnall Gleason on the podcast. I first stumbled on the actor not in a film. Rather, the actor caught my attention in the trailer for rom-com About Time. He is just sooo cute! This discovery plunged me into yet another comprehensive binge watching session.

I initially started watching the tragically short-lived WGN series Manhattan due to its rich critical praise. It didn’t help that it was held up as an exemplary example of TV writing… and I have a lot of spec scripts in my back pocket.

Watching the series, I developed an instantaneous crush on actor Ashley Zukerman. He was young, good-looking, wearing period clothes… and I discovered later that he was raised in Australia (accent!).

Manhattan propelled me into Zukerman’s last big role in the Australian police procedural Rush. Then it was with great glee that he signed on to join Designated Survivor on ABC. I’m breathlessly waiting for someone to cast him in the starring role he richly deserves (your move, Hollywood).

Watching the first season of the DC superhero show, I fell head-over-heels for Tommy Merlyn (the adorable Colin Donnell). I fell fast and hard. I even had a Tommy centric Arrow spec completed and ready to go the night the first season finale… (no spoilers… but, for those who know… ironic, right?).

As the Tommy story arch came to a close, I lost my interest in the show. However, I’ve Watched his career in great detail, even following him over to Chicago Med. I don’t watch medical procedurals for just anyone.